what makes an expert? 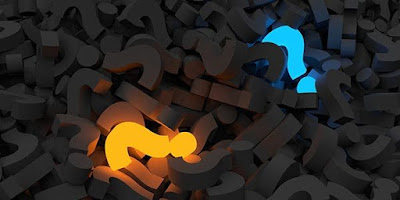 Good question.  Don't really have an answer. This post is about the off-balanced nature of how we play with the word because it doesn't mean now what it used to mean.

I guess we get to acknowledge first, that "expert" means a lot of things. It can mean someone particularly knowledgeable in a particular arena, someone granted personal respect, someone with demonstrated skill sets that seemingly outmatch their peers -

It used to mean just "experienced". But that usage is now deemed obsolete. Too bad. A momma who's raised 9 fabulous kids is a freaking expert by experience in my book, and I know one such momma.

Expert has evolved into one of those words that changes in definition as swiftly as the context changes. Here's what I mean:

I've been designated for "expert testimony" in a couple of court cases over the years. Two criminal, a handful of civil, and one IDEA mediation (that one was a really long time ago)  and my testimony ranged from nodding my head yes to a judge in family court to a 7 hour deposition in a civil suit. Cases addressing a bunch of different situations - mostly human behavior...except the IDEA case - that one was an assessment on accessibility. Long story that,  based on my first career as a Deaf Education teacher.

I earned an Expert I rank from Krav Maga Global following a week-long grueling physical training camp in Israel followed by an equally brutal physical skills test. I survived - earned the patch and hung up my rank-testing goals. When just about everyone testing undercut me by a minimum of ten years, (and months of recovery to their weeks) I turned my physical training goals on to different objectives.

People have called me an expert on any number of occasions mostly around the field of self-defense as it relates to our psychology and human behavior - and self-defense specific to women.

Who's right? The courts? The mediation officer? The judge? My combat art system's rank evaluators? The IDEA attorney? My friends and colleagues?

It's not a title I claim and I have openly shunned it until I'm blue in the face - and it gets used my direction anyway. I'm not a fan of the word - but not because of the word itself. I don't like how easily we fall under the authoritative spell cast by it.

Case in point. Just because some folks label me that way doesn't make it true. There are so many people out in the self-defense world with more experience both as practitioners & as instructors than I will ever have. But the E word is sticky and once someone wipes that sticky goo on you, it's damned hard to get it off.

There's a logic fallacy called Appeal to Authority. It's when we reference Experts to give our words more weight in an argument or, a good natured debate (and that seems to be a dying art -but check out Randy King's new podcast for  dose of fresh air on that one). Humans like to appeal to higher powers for a host of reasons, mostly, I think it's because there's a degree of personal abdication...a little back door that gets creaked open when we say an Expert told us so-and-so. Then if shit goes badly, we have someone else to blame. The Expert told us...therefore...it's the expert's fault...certainly not our own! Back door...

I think we like Experts too because they get to be windmills for the Don Quixote's among us. Something, or someone to rail against when we feel otherwise ineffectual. We can write scathing reviews, blog posts, IG comments - from afar we are the brave warrior for truth and justice and again - back door exits because few people will reach to have open honest dialogue anymore. Particularly around disagreements (or worse, offense). I have an Expert I don't like - at all. But I know a metric ton of people who do like this particular Expert. When I feel like jousting I'll grab my steed and lance and do my thing. But I do it quietly, with friends who are going to laugh at me for it because jousting at windmills is...well jousting at windmills. 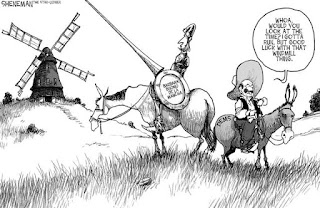 So, what IS an expert? My spouse, for starters. In his area of expertise - a sought after guy in his domain. He's an expert. In my world, he's stunning. I know there are people who don't like him and in his domain would not call him an expert. Okay-dokey. I get to see him how I choose.

As much as there are people who slapped the sticky expert goo on my back and use the term with respect, I know there are folks out there who completely disagree. Good. They get to do that too.

The cautionary tale around the word Expert lies in the credence we give it. No one is a true expert. That's because somewhere, someone else taught the Expert who was then just a student. And that teacher was taught by someone before them, etc. And - more importantly, somewhere there is someone who is keener, more skilled, sharper minded than anyone slapped with the Expert label. We may never hear about them - doesn't make it less true.

Whether we seek an authority in curing an illness, healing a broken bone, in deciphering early English Literature, self-defense skills, in torte law...it is essential to remember Expert is a designation, not a fact. The best possible gift you can give yourself when you meet someone who's been tagged with that sticky label is to decide for yourself...then let other folks do the same.

(And I'll be the first to tell you there are other folks out there who far more earn the designation than I ever could.)

If you really like the work of a particular person, you respect their ideas and feel they are a benchmark in their field - okay. You can share this sentiment with your friends and some may buy it while other's do not. Good, accept it and move on.  Not a great platform for proselytizing.

The inverse is also true.  Have a friend or colleague who designates someone as an Expert that you don't much care for? Okay dokey.  Remember, it's an assigned value of esteem, not a universal fact and you both get to believe as you choose. Really. There's enough room.

And if you turn assigned value into a battleground (whether for or against) you are playing deep in the Appeal to Authority fallacy and here's the rub, it is unnecessarily divisive. Unnecessary  because it doesn't matter. It's a label with such a profoundly fluctuating meaning the term itself doesn't carry any authentic value.

I like my Expert and you decidedly do not. You and I kick up a storm over a worn-out, echoic paper doll of a term...to what end? Who is served? Who's life is now the better for it?

Here's an option. We evaluate an Expert's position and message as it relates to our personal experiences in life. If the words and music line up, if the message resonates and it adds value to your life, own it. It's your life (not the Expert's), take the message that moves you and let it become your own. If in this evaluation you do not find value, leave it. Move on. There is something thread-bare and weary to the gestures we make against the messages we reject.

We used to burn people at the stake for this sort of thing. Physically. We're still doing it metaphorically. Think about what amazing creativity could replace obsessive hostility against a meme, message or ideology you reject?

And this goes deep. Let's take an ideology like racial/ethnic supremacy. I personally find it abhorrent. I can march against it, carry signs, shout at rallies, exchange blows with those who support such ideology. Who have I helped? Is my neighbor happier? Are my children healthier? Are the hungry fed? Is the justice system suddenly woke?

We get really spooled up over our Experts and experts. We pit one against the other and hide behind keyboards - which feels a little self-convicting at the moment since I am, in fact, at my keyboard...and we throw poisonous darts because we feel better for it?

So no, I'm not an Expert. I have been called one, labeled one, introduced as one at a speaking engagement. I have stopped stomping on the term when thrown my way because I don't get to decide what other folks think. Much as I'd like to - and because my energy is better spent where something may be created v destroyed.