competing agendas: what is really more important to you? 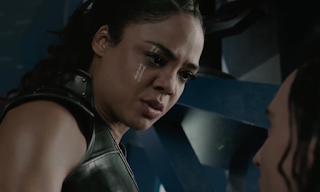 armchair quarterbacks...who are they? or maybe rather Why are they?

There are a couple of other who/whys I can think of that are actually kind of cool-
The self-defense world has armchair quarterbacks as well. A metric-fuck ton of them. I find them mostly on the interwebs. Social media sites, discussion groups, blogs and YouTube channels.

The above descriptions apply regardless of industry.

With a nod to full disclosure,  I have watched a video clip of instruction (online) and had my own comments to make both positively and negatively. Sometimes I have to force myself to remember I'm watching a piece of a bigger picture that has a 50/50 shot of being presented completely out of context. Particularly if I'm on a soapbox at the moment.

I have watched some things executed from start to finish and cringed at the fucked up physics or at language that says "this will always work, no matter what, if you do it correctly".

I like the phrase my colleague and friend Randy King uses: don't worship at the altars of Always and Never.  Or something like that. I like it a lot so that's one of my hot buttons.

What I find interesting...annoying...and sometimes pissed-off worthy is when an armchair quarterback from the self-defense industry comments on a thing and there is an obvious assumption s/he knows everything about the situation they a) were not in attendance for b) have not asked any questions about c) have been wrong about said assumptions in the past d) is uninterested in inquiring beyond the pontification and e) has the opportunity to talk to the person/situation in question while making zero effort to do so.

Armchair Quarterbacks in football don't bug me.  I understand the passion of the game but I don't see football as addressing personal safety - as the point of the industry. I don't see football Armchair QBs attempting to undermine good people trying to help other people be strong(er). I'm guessing it happens, I just don't hear about it. Not my industry.

And I get too, this is just what human monkeys do. And we all do it periodically. At the end of it though, ultimately, when I see AQBs in the self-defense industry and I get past my own monkey reactions - I am left with sorrow.

If you teach or train in self-defense and you are authentically involved in this avocation because you want the people you care about to be safer, strong people - what value do you add by attacking colleagues?

What frightens you enough to attack, deride, denigrate rather than engage, inquire and discover? What value - or - how useful is this action toward the goal of creating physical and emotional strength?

Competing agendas. What wins out evidences in our actions and exposes that to which we are most committed.

Something to think about...