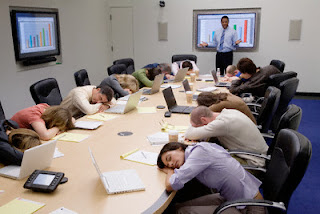 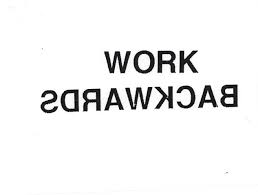 This is sort of an AAR from our Infighting weekend. Sort of because it's focusing only on one thing and the training weekend has half a dozen different trails that can be after-actioned.

Teaching/training the physical skills of self-defense feels like a forward progression - learning new things is forward action. And working the body, the physical - this is the most base aspect of being human. Working forward, learning new skills, at some levels is also about working backward, rewinding the progression of domestication and rewinding the tape on how you become who and what you are (at the moment). A student - who is also an instructor - remarked that putting the blindfold on to run a training drill made him more primal.  When we dig in to our bodies we dig in deep to who/what we are and a lot of that lives below the domestication.

It can go deeper too. At the risk of sounding esoteric, who and what we are gets carried in the marks and scars held in bone and tissue. In the world of Mindbody medicine, we say there is a type of memory held in the body. It's easier to use that language than get into how the various processes we think are utilized for storing and retrieving memory so we use shorthand - body memory.

This isn't like what people call muscle memory (which isn't really), it's more about a pathway to stored experience tied to movement and position.

You know how you can smell something and instantly remember a clear and distinct event or feeling from the past? The body works the same way.

Don't think profound means earth-shattering or life changing. It can mean that it just doesn't always. Example? Something small like "oh hey - on the ground my focus is on hurting the other person instead of getting to a better position" or "when I have the blindfold on I am more primal" and then...this is the cool part...get curious. Each discovery means something. What it means has a significant impact on the student/practitioner's understanding of how they show up inside physical chaos and maybe a bread crumb trail back to the why.

If the student touches something primal, what does that mean for him? Is it a cool thing? Is it unnerving? Is it cool because it's fun to get primal or cool because getting primal creates permission to hurt people for fun? If the student discovers the ground fight is about causing injury to the other person instead of protecting herself from injury or death, then what? Getting curious creates discovery.

Remember we teach or train ultimately because we love this stuff. Really, that's what it should be about. Love it enough to be curious and let being curious make life better.
Posted by Tammy at 6:28 AM No comments:

the opposite is most likely 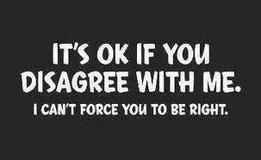 First the history (?) lesson:
From what I can tell, this is the real version of World War Z's Israeli 10th Man rule. After the war in 1973 when Israel was caught by surprise, a unit was formed to serve as devil's advocate. Sometimes refereed to as the Red Unit or Ipcha Mistabra.

Ipcha Mistabra is an Aramaic phrase found in the Talmud and means: the opposite is most likely.

The point of the unit is sanctioned opposition. It limits the transgressions that group think and emotional contagion can cause - like presuming a level of security that does not exist (and then getting caught with your proverbial pants down with devastating consequences).

Does it take tragedy to see the value of an Ipcha Mistrabra unit, person, or allowing dissenting ideas to be accepted within a tribe? Do we need a Yom Kippur War (Israel-1973), or a 911 before we make space for this? And, if we make room for the movie's version, a 10th Man rule, is there a point where we feel we no longer need it? Is dismissing it dangerous or common sense?

Within an organization v. a nation, does an organization need to implode first? Is it a mandate of human nature that we punish, squash, silence disagreement or voices that say...hey, I wonder if maybe the opposite is true? Is banishment & shunning our only option when someone has a different take? And this is can be literal, but we banish and shun all the time in subtle ways all the while holding the target of our correction to the rules we are banishing them for breaking.

Humans like to be right. I like to be right. So do you. It feels affirming to be right. And we want to dismiss dissent or disagreement because it threatens our need for confirmation that we might actually have a clue. Can we be disciplined enough to have deep enough dialogue such that an Ipcha Mistabra gets enough air time to be considered? It doesn't even have to be pretty. The monkeys can share their grievances even, in fact, one the best mediation systems around invites the monkey brain arguments and upsets to the table as the first step in reaching resolution (The Quaker's have this one down).

When we create space for all that possibility our plumb lines risk getting fuzzy. We hold a hard line on pedophilia for example - we think it's really, really wrong. I'm good with that opinion and with the rules that enforce it. The North American Man/Boy Love Association disagrees. I don't want to give them the privilege of a ipcha mistabra seat at my table. It's a hard line for me but you might disagree...a rule, a regulation means we don't have to talk about it. I'm right. You're wrong.

It's easier to set up a rule. It feels safer. Thinking can be dangerous. Considering dissenting perspectives can be dangerous too. And if anything, humans will default to what requires the least effort to accomplish a task. It's why we have dishwashers and someone has invented a machine to fold the laundry.
Posted by Tammy at 11:26 AM No comments: