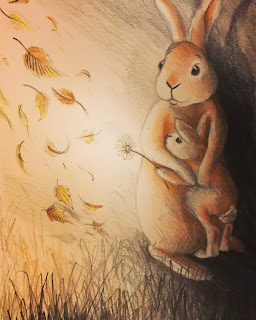 Not everyone is a Threat. In fact, most people just want to get through any given day with minimal drama.

I'll use flight travel as an example. When we are crammed together in close quarters by choice, we benefit from remembering most people aren't out there to "get us".  First situation, two separate flights. Once the Offender was a young woman, once the Offender was a young man. Both were sitting on a plane and trying to get the Touch Screen on the seat back in front of them to work. While trying to figure it out, their contact with the seat back (touching different spots on the mini video screen) translated through to the body in the seat.

The young man appeared rather startled - he had no idea what he was doing to hit this woman in the head. He was traveling with someone who could have been his father. This guy leaned over and said something to him quietly ... I'm assuming it was an explanation of why she made the assault accusation. The young man read a book for most of the flight.

Different flight - roles reversed, the man turned to the girl who was finger stabbing the screen and said something like "if you don't stop banging on my seat, I'm calling the flight attendant."

Not everyone is a Threat. These two air-travel novices were unaware how easy it is to jostle fellow passengers. Like the guy who fell asleep and his head flopped over during turbulence and rested on the shoulder of the stranger next to him. He wasn't trying to look down her shirt or cop a feel.

The woman who dropped her cell phone and reached down to hunt for it and repeatedly touched the men on either side:  her head brushed a thigh, knees, her arm moved across a calf, etc. She wasn't testing them to see if either would be a good target for sexual assault.

The young flyers weren't attempting to escalate conflict and the sleeping frequent flyer wasn't looking for an "accidental" grope.

Is 'manspreading' a thing? Sure. Is consuming more space than your tight quarters socially permits a thing? Yup.

Does it mean the person means you harm? Most of the time...no.

If your self-defense protocols & training are making you more suspicious, more hostile, and less comfortable in social environments - your protocols and training aren't helping make your life better.

If you yell PERVERT, every time someone brushes against you in densely populated situations, your protocols and training are building fear and anger.

The last thing we need right now are more angry, frightened humans. Train (if you do) to be strong. Strength is marked by your ability to know most people don't care to harm you - most people don't even notice you exist, to be honest. They are too wrapped up in their own personal goals & problems to notice you. Rude? Maybe. Self-absorbed? Maybe. Assault precursors? Not typically.

Train so you can discern the difference between self-centered "man spreading" and a predator testing you to see if you are a good target. Train to trust that should the time ever arrive in which the situation warrants defense - you can defend you yourself.

Check the knee brush on the subway, of course. But if you assume every knee brush is the precursor to sexual assault or another form of violence, your life is kinda' terrifying and qualifies for Scared Rabbit Syndrome. I don't wish that on anyone.
Posted by Tammy at 8:11 AM 2 comments: