chasing down a thought - dangerous instruction 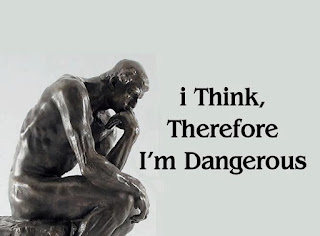 In a conversation and now I'm working something out.

I have a book's worth of examples - personal examples as a student, stories from other people I know and I'm sure there are my own unconsciously stupid moments at the front of a class.

But who wants to read about all the ways we can screw up self-defense instruction? There's a riveting bedtime story for you (read this dripping with sarcasm).

Thinking about ways to categorize it. Tags to chunk the information together and make it easy -or at least easier - to see dangerous instruction when it's happening.

Although the tags I am playing with could be as wrong as they may be accurate - it would be cool for students to have a framework as they started looking into choosing their training programs, wouldn't it? But it's more likely that most people looking for training are going to make their choices based on convenience. Convenient location, convenient scheduling, convenient cost. And that's too bad because that is a horrible litmus test by which to measure the value of your training.

That in mind, getting clear about dangerous instruction may be more valuable for instructors, people coaching, guiding, opening doors...whatever you want to call it. The goal with these tags is to keep them to a limited number. Broad categories. Too many measures and we will blow it off.

Right now I have three. I'm still working it out...


Lazy Teaching: instructors who don't take the time to think about what they are teaching or saying. Parroting their own instructors without actually wondering whether or not those axioms are valid. Drinking System kool-aid, these instructors may be using loyalty to their Sensei, Sifu, etc. as validation. It's a monkey brain trick designed to fool your human brain into napping instead of gut-level honest evaluation.
Guru Teaching: instructors who are teaching so they can develop a band of loyal followers, people who hang in her (or his) every word and admonished for their own efforts at personal discovery. This goes deep because if the instructor is also lazy and just drinks the kool-aid of their own style - then the students' learning will be deeply controlled. If this student is ever in a real encounter that doesn't match the controlled fantasies of the training experience...the consequences will be devastating.

Fad Teaching: take Krav Maga as an example. When it gained popularity instructor certification programs started popping up. Give us a weekend of your time and we'll make you a Krav Maga instructor. Problem with this is when the weekend-certified instructor gets asked a question she doesn't know the answer to...now what? Ego is going to be a factor. It's hard to admit that your training might have been insufficient for the job at hand and rather than say I don't know, Fad Certified instructors are likely to make-up an answer...and state it as fact. 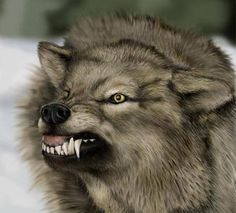 words - words are just symbols and symbols are things we create to represent and words are efficient to the nth degree when compared to dragging each other around to point at stuff or act out the drama of a historical event.

Humans have a couple of unique traits, things our brains can do that other species lack. Processing symbols is one of these unique traits and it give us, among other things, this capacity for written language, words. Blessings can become curses.

I wrote about this before, I know. About how we use language and the risks of attaching emotional content to otherwise descriptive language like "victim" and the emotionally packed label victim becomes when applied to sexual violence. If you're interested, that blog is here.

Responsibility is another one. A word connected to sexual violence and misplaced assignments of blame. Rory and I wrote about that one for CRGI. I think it is becoming a bigger minefield than victim.

The word never got far from its Latin origin, respondere. It literally means to respond.  Responsibility then means:

your ability to respond

Do you see fault? Blame? anywhere in the definition? Nada. Blame and fault are not fucking synonyms to responsibility; however, because we have made them such - we have created a perpetual death spiral of weakness and victimization for Targets of sexual violence.

Here is how that works. First, we started out with blaming Targets for the assaults because of what they wore, or how they walked, or where they walked, or if they had a good time at a party and had a few drinks, or dated the "wrong kind of guy". The actions that primed them for sexual violence being no different than the actions of an out-of-town businessman who gets targeted for a mugging. You know dear, you were dressed provocatively and you had a few drinks and then went to find the bathroom on your own...how was he supposed to know it wasn't an invitation?

We don't pull the businessman aside and say dude, seriously - you wore that watch and those shoes? you wanted it, didn't you? And we started to figure that out, sort of. Enter stage left the backlash. It's not her fault, it's not your fault.  And it isn't. Process predators who rape for the power and control and the hard-on for violence are the perpetrators - not their Targets.

Then we forgot ourselves. We played mix and match with our words like we do with our wardrobes and blame, fault and responsibility became synonyms. You know the phrase...the road to hell is paved with good intentions?

There's a BBC comedic sketch running around the internet right now. It is clever. It is the mugged businessman being interviewed by the police the way we used to interview (well - we still do this honestly, no one really will admit it though) sexual violence Targets. The sketch makes a fantastic point of it.*

I was watching it and was all ooh, this is good! and then - damn it - and into the death spiral we go. The R word. I don't remember the exact line, something like "you know, don't you think you should take some responsibility?" Well yes, actually. He has the ability to respond to the mugging. He can choose how he interprets the violence that crashed through the looking glass into his otherwise peaceful, people-are-good, world.

He can choose to learn what made him a prime target and he can get it, that it was not his fault. He can understand he was a good pick because out-of-towners don't often return to the scene for the trial date and they tend to hang out at certain hotels and tend to have a drink at the hotel bar and tend to be less knowledgeable about the sketchy parts of town and...

Because responsibility and blame are now symbolic synonyms and because we have not created an effective synonym for the real meaning of responsibility our efforts to interrupt victim blaming in sexual violence have produced a glass menagerie. Beautiful, fragile animals who are powerlessly incapable of responding. We think this is better?

At the moment, the only solution I can think of to this language fuck-up won't likely be received with warm fuzzies. Responsibility being bastardized leave me with this:

"You are not at fault for the predator's actions. The blame for his choice to target you, is on him. It could happen again because unfortunately, our society has set you up as prey. What's cool though? You aren't actually prey. You are a predator too. It is your nature. You are a wolf in sheep's clothing. Time to unzip the sheepsuit and walk around as the wolf you were born to be. Predators are reticent to attack their own kind, they know a fellow-predator has the capacity to fight back. And win. Be a predator."

Yeah. Imagine for a minute the reaction to the detectives et al. in the training program advising them to say that?  Then of course, we have the tangled mess of her taking on the notion that she is just like the person who attacked her - but this post is already too long. Maybe that will be the next one.

*the sketch is from the Tracy Ulman Show. Can't find a direct link to it but it's been on FB recently.
Posted by Tammy at 5:55 AM No comments: