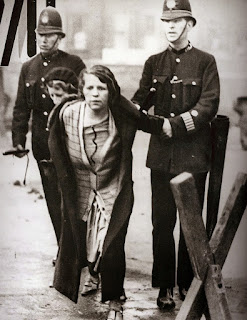 Protocol and Punishment. If you do something bad and wrong, your tribe will punish you. If the tribe wants to limit how much punishment it must meet out the tribe will create protocols to prevent the behavior altogether ...and up the punishment for maximum deterrent currency.

In the tribes I know of, it's a two-fer. A little prevention and a decent amount of punishment. Punishment itself is used as a two-fer...punish often enough and with a enough force and the punishments become prevention. Our current social structures expect this to be in total sufficient - we know it isn't. It's also where I struggle to believe the #MeToo and #Timesup campaigns will be deep game-changers. Maybe I'm wrong, and that would be cool.

And I'm sure Oprah and her colleagues didn't read my Dear Oprah post. For my little corner of the universe though, it was widely read (and widely read is absolutely a comparative to my other stuff and the idea of "widely" to me mostly means "read at all"). Confirmation that I'm on to something is that it was both agreed with and strongly disagreed with--

There's another award ceremony coming up - and a continuation of the efforts to support the #metoo and the  #timesup campaign, the artists are going to be wearing white roses. Kinda' cool in a fashion because the white rose was a symbol of women's suffrage and those women paid heavy prices for their commitment. They were jailed, starved, tortured in various was including being beaten and served food crawling with maggots. 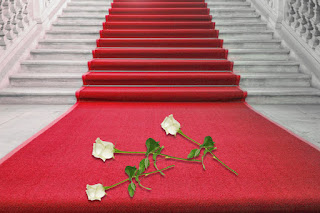 Now the fight is about sexual harrassment and sexual violence with a strong focus on the arts and entertainment industry. #Timesup is a statement that people don't "get to do that anymore".

I'm poking around at a couple of questions - why is the time up? Why now? Why not 10 years ago? Why not 100 years ago...or a thousand years ago? Sexual violence has been protocol-ed and punished for millennia.

Momentum probably gets a good deal of the credit. We've had more change in the 50+ years I've been alive than the last 300 years combined where women are concerned. #Metoo and #Timesup have created some momentum in the arts & entertainment industry and some momentum among the common folk as well.  It looks like a degree of this momentum is anchored in Protocol and Punishment. As in, let's do more of that. I don't know if that's good or bad - above my pay-grade, really. I am cautious about it remaining anchored in that particular trajectory.

It has the potential to invite an externalized attitude about personal authority and I've seen the damage that causes. Protocols are set by the tribe to keep us in-check and punishment is force-applied action when the protocols are violated. Protocols -rules- work for the people who agree with them. What if you don't agree with them? How many times have you driven over the speed limit? Anyone text and drive for even a second since the laws forbidding it were ratified?

Risk v. Reward drives those choices. In that moment of going over the speed limit, the reward felt worth the risk. There is no difference between rape and speeding when it comes to protocol effectiveness and behavior management. If you agree, you'll comply. If you don't, you won't.

Taking it deeper - systemic (tribal) punishment is only a factor if I get caught. And even then, I may judge the Risk:Reward ratio as worth it. Serving time is not always considered a horrible outcome. What then?

#500. I threw that out there in my letter to Oprah because I like the notion of women being able to decide for themselves. To have the skills, knowledge and ability to set their own protocols and their own ability to support the protocols with enforcement if necessary. Can that go awry? Will some women use physical force when it's not called for? Sure. But that's already happening across all gender lines for pretty much everything. That's why we still have child abuse. Yes, oversimplified comparison perhaps - but nonetheless that's the bottom line.

And at the end of it, women trained in self-defense .... includes a frontloading effort in prevention skills. Yeah, of course that includes don't all go out together and all get really shit-faced with no one to serve as the sober decision-maker.  Prevention is sooooo much more. People reading, understanding how and where and why violence happens, how to identify the difference between threat displays and pre-attack indicators, how to....

They physical stuff is the everything-else-failed option. It needs to BE an option, it also needs to be one of many options. And those of us in the industry need to be teaching All the things. All of them.


--and to prevent someone getting twitter-pated because that sounds like teaching all the prevention stuff is only a girl's game - don't hear that I mean it as such - it isn't.

Speaking of the proverbial Someone - someone...well several someone's actually - called me on my words. Give me 500 women? Pony up, sister.

I'm in a massive project that is like a giant pacman eating all my time. It's over mid-March. But I'm moving on the #500 and I have an amazing tribe in the VioDy team who are standing with me and thinking with me and when March is past - there will be more. Boots-on-the-ground more.

....because - if we hit a tipping point of a high percentage of women who are trained in at least rudimentary self-defense the cultural expectation will shift from an assumption that women are easy targets to maybe only some women are .... but which ones? The Risk:Reward ratio will be harder to discern and I'd like to see what that looks like.

Circling back around to the white roses. Cool symbology. Let's remember too that this symbol far outreaches virtue signaling and reflects frontlines-level risk unprotected by the beauty and glamour of Hollywood Royalty. A white rose for this purpose also signals a level of anarchy required to create substantive change and a willingness to be at stake for a level of risk that carries an equal opportunity of reward and punishment. There will be both and the cost can be high.