What! Really? Say it isn't so- 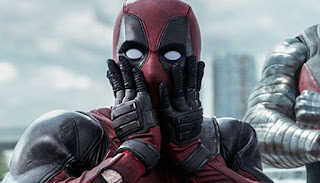 ooookaaaayyyy. The woodwork is crawling with everyone who's coming out of it from Hollywood to The Hill. Sexual violations from lewd comments, groping, assault and under-age targeting.

And we are all appalled. Along side is the social media awareness campaign #MeToo.  That's a different but parallel universe so for now, I'll stick with the crawling woodwork.

I have two questions.

Why are we surprised?

Why are we suddenly outraged?

Question One. Why are we surprised...
Sex and sexuality have been a confused and distorted facet of human behavior for.............. well kind of for a few millennia.  Humans have been using rape as an action of war or territorial marking for deep back into recorded history. As a personal action, I think it's a safe assumption to say sexual violence has been a factor in our behavior at least as long as it has been part of our behavior at the tribal level. Sexual violence and appropriation is about power, dominance, control, territorial marking, and occasionally about lust and desire. This.Is.Not.News.

What's more, I'm pretty sure most adults are not actually authentically surprised by the recently disclosed licentious behavior. Our need to be surprised by a decently documented historically time-lined behavior serves a purpose. Are we collectively surprised because it gives us the right to plausible deniability? Letting ourselves off the proverbial hook of social responsibility?

Question Two. Why are we suddenly outraged...
Perhaps our collective gasp is an acceptable expression of virtue signaling. Generally, no one I know or have ever come into contact with supports sexual violence as a socially acceptable human behavior.  There is a dark and twisty debate about what actually constitutes sexual violence - but there doesn't seem to be debate about whether or not it's something we should all gather around to say "yay US! Let's legalize rape!"

Let's get honest. In industries and social systems like Hollywood and politics, the fight for and ownership of power is a primary objective. And if there is a human behavior through which power is frequently expressed then there should be a pretty high correlation between the power-hungry industries and this behavior.

It's common. If we have decided that common no longer equals acceptable, okay - good on you. Fix it. Get off the drama and get to work.