Who knew neurobiology would tell us how intensely Fubar'd the martial arts  & self-defense world can be? Let's find out...

An article by neurobiologist James Platt in Scientific American pulls together a handful of research findings to point out something I think a lot of people have come to understand somewhat intuitively: the more diverse your social network, the healthier you are. Across the board. Not just physical well-being but cognitive and emotional as well. No longer ground-breaking information, that.

What Platt goes on to point at though is cool, fascinating, interesting, and should bring us (the collective SD industry) to task. He highlights how the diversity of the social network carries a strong correlation to our capacity for decision-making and problem solving.

Meaning the more diverse the network - the better we are at those things. Being an information broker makes your brain function better. Information brokers are people who interact in a cross-cultural social system. Adolescents who have friends on the football team, in orchestra, drama club and choir are not only happier, healthier and better users of their own brains...but they are also part of the information superhighway.

If all your friends know each other, then the ideas you talk about and the skills you use for conflict management between people (and in your own internal struggles) are more homogenous and this is not all that awesome.

When we cross pollinate we are stronger for it. We are more effective in our personal health/well-being and we are more useful to our communities.

Conversely, the martial industry is intensely protectively tribal. One of the Gracies is on record saying that if you train with him and then go down the street and train with someone else teaching similar stuff you have committed a profound act of betrayal and one of the deepest violations of relationship.

He's not the only one holding this belief.

There are plenty of martial organizations who make it clear "if you train with us, you are not to train with anyone else who teaches what we teach". This edict intensifies if you are an instructor; to the point that if you associate with other organizations of similar skills you will be kicked out of your present association.

Compare this to Platt's summary of findings and we arrive here:

If you teach or train in our organization you must avoid becoming an information broker. Your ability to nurture your own neurobiological diversity must remain limited, keeping your problem-solving skills hobbled and your community usefulness limited as it applies to our industry and associated skills.

The monkey brain says protect the tribe. Protect the uniqueness, the skills identifying one tribe from the other must be held in isolation from the Other tribes to maintain the identity of our own.

Evolution says pfffffttt! Go be an information broker, it's fundamentally better for everyone involved.

Note: our neurobiology has also evolved to automatically Other humans who appear overtly different from one another. That being said, above all else, we are not our confined to the limitations of our neurons in either direction. We can devolve to limited, homogenous networks and with it a static set of functional problem-solving and we can evolve to limit the degree to which we look at people and say "because you are different than me, you are bad".

P.S. - someone asked for the reference so adding it in here: https://blogs.scientificamerican.com/observations/what-your-facebook-network-reveals-about-how-you-use-your-brain/

What are the deciding factors influencing whether a behavior is counted as boundary setting v. unprofessional or otherwise worthy of discussion and an expectation for correction?

If person A speaks out about actions or behaviors, or sets a boundary in which the actions/behaviors of another person are marked as prohibitive, how we qualify this behavior is driven by the context.

Let's say Person A is a Drill Sergeant in a military unit. Person B is a member of her unit. Person B violates a rule, or an ethic. The sergeant reprimands; a type of boundary setting. Person B is like....what?!? No way! and jumps chain of command to complain.

Both A and B are setting a boundary. B says "you don't have the right" while A was saying "you were out of line". In the context of military culture and protocol, B's behavior is generally the aberrant action.

Now let's put Person A as mid-management in an organization. Person B is on her team. Person A reprimands and gives a corrective performance review. Person B feels it is unjust and takes it up the food chain. In the corporate world, this is generally considered less aberrant than in the military context.

Now let's say Person A is a whistleblower. Speaks out about something he feels is inappropriate
behavior in an organization's structure (let's leave this super general). Person B is involved in the behaviors being called out by the whistle blowing - and feels unjustly called out and retaliates with boundary setting. Person A and associates are excluded from organizational events.

The context helps us decide what we support and determines which boundary is the viable one and which is poor form.  In Conflict Communication seminars we talk about how mores and environment drive culture. This is context. If the mores are permeable and change based on personality alliances the environment becomes perpetually unpredictable. Humans by evolutionary design seek a degree of predictability in their environment because it signals safety at the survival level.

If we take the perceived instability of a moment-by-moment organizational context and couple it with  the complexity of neurobiological responses to our prosocial evolutionary design, we get some pretty predictable neurobiology-driven responses to this unstable context. Okay - now let's pull back in the boundary setting question.

Weirdly, if humans aren't involved in change there is no growth and without growth the organism begins to atrophy, i.e. it dies.

So while the organizational structure requires stabilization to survive and create intra-organziational coordination among the humans involved, if it becomes too stabilized...it dies.

No wonder we end up in wars and other somewhat less catastrophic tribal conflict! And even more a testimony to the resilience of the species. 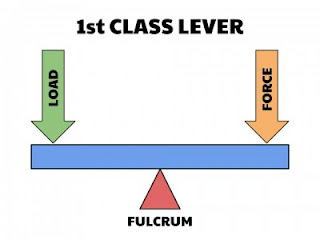 Been thinking about privilege a lot. It's a hot topic in the social warrior world and has become the scarlet letter tattooed to the foreheads of folks who fall into the current accepted class.

On a comparative scale, I've always lived with a degree of privilege:

1. I am caucasian
2. I grew up in a two-parent household
3. My parents were employed
4. I have always had a roof over my head.

That finger-pointing, shun-worthy scarlet P follows me like a junior-high "kick me" sign taped to my back.

Comparatives go both ways. I could write this the other direction. Could write about years of money being tight, of how we lived in a crap neighborhood when I was little, etc. I prefer to talk about how privileged as in grateful I feel that my parents busted their asses. My dad grew up on a working farm. Money was a rare blessing. He was born with a pretty huge birth defect and was Irish-Catholic. Catholic charities hospital did corrective surgery when he was a toddler ... at almost no cost.   That's huge. Without that charity I wouldn't be here. He'd have never made it off the farm.

He was the first/only one from his family who went to college. Same is true for my mom, born to an immigrant dad who literally built the house she grew up in. Himself.

My mom worked - doesn't sound all that earth-shattering. But in the blue-collar neighborhood that was the step up from where we lived before, it wasn't common. She went to work because it was the only way they could maybe send us kids to college.

There are loads of people who had it worse and loads more who had more privilege. I am grateful for how hard my grandparents worked. Literally, physically worked. They survived the Great Depression. Most of their kids survived too. Because two generations busted their asses, I did so less.

Dial forward. In high school, if I wanted what my friends had, I had to work too. Fine. In high school I got a job. I had a history of bone-tired hard working family behind me. I never questioned work was mandatory for survival.

Dial forward several decades. I have a nice roof over my head. My kids are going/have gone to university and we are only student-loaning a portion of it. I have a car I like driving, food isn't a question and there's "extra". Not tons by comparison to my environment given where I live...but extra nonetheless.

And I am unashamed. I know this privilege wasn't a random windfall from the gods. My parents and my grandparents worked their assess off so the subsequent generations would have a leg up. I don't worry about racial profiling and I don't face the scrutiny and judgment that still confronts the LGBQT community.

In the maelstrom and firestorm of "privilege = unforgiven asshole" I'm happy to be who and where I am. Like my parents I worked my ass off, because they required it of me. And now, I get to do something with all that privilege. I could be an asshole. I could lord it over people and tsk-tsk suffering and I could say "well why don't you just get a job".

Here's the thing. There's nothing shameful about being able to pay the bills or going on a vacation. You know the whole power = responsibility? It applies. To any one of us who stand on the shoulders of people who scraped out survival in generations prior. Privilege gets a bad rap when we behave like spoiled little monsters instead of adults with a degree of leverage. There's no shortage of spoiled monsters, but privilege = unforgivable asshole isn't a physical state of being, it's a mental one.

Leverage is power gained from the use of a tool. Privilege is a lever. How I choose to use that lever determines whether or not I function as an unforgivable asshole or I function as productive. I'm sure sometimes I am an asshole because most humans are assholes periodically. Being ashamed is a force amplifier too...but I'm not a fan of the results of that. If you have a roof over your head, food is available and you can pay your bills, you too have a degree of privilege.

Being ashamed of it does no one any good. Your privilege is a lever. Use it well and use it wisely. Make the little world around you a better place. Yeah, it sounds trite but no kidding, you have the power to do so .... pretending you don't makes you the unforgivable asshole, not your privilege.