the wierd ownership rights of success 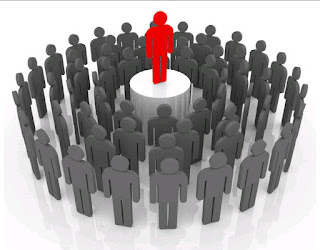 When someone becomes successful, the people who have supported the upward trajectory can have warm fuzzy feelings. The supporters were...well...supportive and they get to enjoy the byproducts of their support. It's happy-making to know someone you helped actually benefited from the help. At the end of it, humans like being useful.

Once in a while, the success becomes an object of sorts. It's an item with property rights like who gets the Villa in the divorce. I've seen this in a couple of different permutations and although I have noticed it occurring around successful men, I have seen it more often around successful women. Because I am also female, there's a strong possibility of confirmation bias on that observation-

As a martial arts and self-defense instructor, I am noticing how this plays out in our world. Male students who become good at what they do, who rise up to to leadership and take on the mantle of coaching up other people are respected for their skill, hard work, physical dedication.

Female students who follow the same path are also respected for their skill, hard work, physical dedication and are frequently asked....who trained you? In a culture with powerful alliances to lineage this isn't particularly noteworthy and the differentiation between men and women perhaps remarkably subtle. Both genders will speak of lineage, who they are trained by and whom their instructor trained up under....all the way back to someone particularly [internally] famous.

I suspect the difference lies in whether or not the question gets ASKED v volunteered. In my experience the women are more often asked "who trained you" than the men.

There is perhaps ownership of/for the successful women, in any industry. The mentors, coaches, instructors, etc. who participated in her hard work, dedication and skill. It's challenging to give a solid example in descriptive terms because this is slippery. My experience of it shows up more in statements. Examples:
"I did that..." stated by a mentor in reference to a female who accomplished something. To be clear, this was not a statement made by the successful female - it was made by her mentor/coach.
"Her coaches did a great job with her..." remarked upon by onlookers to a successful female
"I still have more to teach you" and "Just focus on your XXX. When people ask you to consult - tell them no" as expressions of keeping her under said mentor/coach/instructor etc.s tutelage.

I'm turning this thing over in my thinking because as a martial arts instructor, I have the privilege of supporting some really talented and successful students.  I'm wondering, do I take MORE pride in my female students than my male students? Do I express 'ownership'?

As a good friend likes to say "a rising tide floats all boats". I know that if the people I'm around do well, my boat sails on the same waters as what carries them. We work toward mutual benefit of one another and this is true for my students. Ego, fear, and natural resistance to change live in me (as much as I regret to admit it) and those 3 at least, fuel the drift to efforts at ownership. So I'm thinking about it and wondering if it's an isolated observation, or a dynamic with a broader occurrence?

And then, if it's a 'thing' beyond my narrow slice of the world, what impact does this have? What are the sociological implications? When we mark territory - it's often because we fear losing it. What fuels this fear? And I probably should avoid tangential mental meanderings before I am adequately caffeinated in the morning.
Posted by Tammy at 5:22 AM