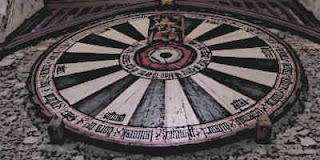 Common phenomena in all industries and all areas of human interest from economics to art to violence. Social and behavioral psychology offer loads of explanations for this behavior. It's not new, nor is it a mystery.

Picking away at the layers though into more specific versions of this broad-stroke human behavior I'm struck by a subset. When someone who is actually rather informed on a subject and they not only jump out of their lane but do so with such grand unequivocal proclamations of expertise - this behavior is the trap/hook I reeaaaallllly wanted to get wrapped up in recently.

Once in a while, I throw my monkey brain a banana and let it play until it exhausts itself. I was tempted, really tempted on this last one. Wanted to rant about - not sure why I held off -

What usually happens when I don't go bananas, I end up poking a stick at it.

Here's the thing. The more a human learns about a topic or subject matter, the more the human discovers how much s/he does NOT know. The more 'expert' in an area we become, the more clear we get about what we do NOT know. When ego overwhelms what intelligence dictates, the monkey brain demonstrates it's power.

Where does this gigantic push from the monkey brain come from? The ego needs to be affirmed. It needs to be right. It needs to prove something and it needs to be dominant. If I think about the essential biological purpose for this drive, it is about structuring the tribe by enforcing protocols and squaring up unanswered questions about leadership and power. This is a super interesting function when it takes place among a group of people who are all pretty competent, i.e. powerful, in the same subject matter.

When that subject matter is violence and the competent crew in question has gained competence through experience the dominance display doesn't make a whole lot of sense.

Unless it's an expression of fear.  Think about it... if I have survived a violent subculture by being the most dominant, the most frightening and the most asocial animal in the territory, then the monkey brain is going to create an intense correlation between dominance and survival even among friends (or at least friendly colleagues).

The opposite then, is also true. If I am not the most dominant, the most Right, the most expert of the crew then I am vulnerable. Dominance = Survival. Vulnerable = Death. So Dominance it is.

Recently, I watched someone who is not a woman, and by admission has not beaten a woman, raped a woman, etc. explain with great veracity (and in my judgment, great hubris) what women really need in self-defense training.  It was not a dialogue but more a diatribe. An unnecessary dominance display among colleagues - some of whom were women. No nod given to the women in group, no recognition of the intellectual and experiential collective gathered regardless of gender, and therein lies the hubris. And beneath that hubris, I suspect a great deal of unacknowledged fear.

What was cool though, no one got worked up over the dominance display. The diatribe addressed a couple of different topics in the same breath and in that breath, there was a good deal of truth spoken as well. A couple of folks in the conversation responded to that truth - gave acknowledgement etc. Maybe, in time, this will quiet the fear. There is a fantastic experience being human offers us...the conscious acknowledgment of what it's like to NOT be the smartest person in the room - when that happens - you are in the right room. When the fear that requires dominance controls us, we can never be in this room ...even when our body is in that room our monkey will never allow the reality to be acknowledged.