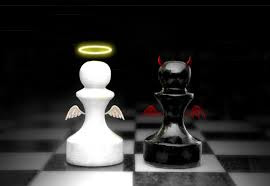 A conversation with Anna Valdiserri and Rory Miller raised a risky realization. Risky because it highlights how a qualifier of good v. bad behavior can be defined simply by the internal motivation of the individual.

When a guy slips Rohypnol into a woman's drink. We call it criminal. When he spirits her away and has sex with her, we call it rape because she has no capacity for consent. We want him prosecuted and we want him punished.

Like it or not (agree with the tactic or not), psychiatric inpatient programs do the same thing. Sort of. If a patient is losing his/her shit either overtly physically threatening harm to others, or threatening to harm themselves and it appears the threats are viable and otherwise can't be de-escalated a call for a PO goes out (physician's order). A nice dose of knock-you-out goes into a big muscle group and viola...sedated human.

The bad guys abduct a target and bind wrists and ankles to keep the victim from running away. When someone is out of control - a judgment made based on a set metric - restraints may be the necessary intervention. Those padded leather cuffs chained to a hospital bed you see on t.v. are a real thing, although often used differently than depicted. 4-Point restraints aren't used a lot anymore, but they are used. And if it's not mechanical (padded cuffs) than it's physical - people are doing the holding down of arms and legs rather than the 'mechanical' tools (in my experience, this generally is the preferred method over the 4-Point Mechanicals, i.e. the cuffs).

The tools and the uses are the same for both the good guys and the bad guys. What makes their use acceptable v. criminal is the motivation or intention of the acting agent. "We are here to help you, help you get better and keep you from doing something you will later deeply regret." Perhaps regrettable that the tactics must be used, but better than letting them crack their skull open against the wall because of command hallucinations. That's the good guys motivation and intention.

"You are my toys and I want to play with you." Intention and motivation of the bad guys. Heinous and punishable.

Intention is a damn hard thing to measure or validate. Acceptable practices are accepted because somewhere, someone was able to make a case for the acceptableness of the actions. As we get deeper into this crazy stupid political season we are in here in the U.S. - I wonder how many people will honestly evaluate the accepted nature of a thing. It takes time to wonder and question and research how/why something is acceptable. And damned risky to poke a stick at a practice, standard, or social rule that is deeply accepted. We punish that. An adult male having sex with a 5 year old child is poking a stick at the accepted practice. We call this pedophilia and it's wrong. This gets punished. Challenge an existing standard within a social milieu and punishment is also likely. Take for example a martial arts system - challenge a standard or set of rules, ask a lot of whys and punishment in some fashion is likely.

I don't have a hard rule to apply in this sticky little gray zone. I think awareness though is key. Remaining conscious that our interpretation of a behavior as "bad" is not much different than the justification the Bad Guys use. If we stay conscious of how the difference between being the good guys v. being the bad guys can look like one side of the razor's edge v. the other maybe that helps. This assuming we are on the side of the good guys...
Posted by Tammy at 10:33 AM