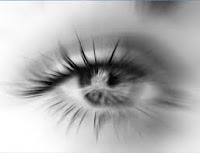 Noticing something. Seen it before and hits close this time so now I'm processing it (again). It bugs me. Which also means the level of logical investigation I can take to it is limited. I am also taking a gender bias on this. If there is no gender influence - I am open to the evidence to the contrary. I fully expect this to come off as a bit of a rant. And a caveat: few things are "all people all the time". It's a pain in the ass to write with perpetual acknowledgement of this, so consider this once and done - acknowledged.

When a woman in a leadership role makes a strong decision and some folks don't care for it there seems to be a tendency to assign deepest level of blame for the decision to someone else. Then, to counsel her as if she isn't intellectually capable of having weighed the pros and cons and the risks and to make a decision based on her own ballast with all factors in mind.

Let's even submit the decision is a mistake. They don't want to assign the mistake to her - they want to assign it to an outside influence. This of course, happens when the peeps somewhat approve of her or like her, even. If this regard isn't there the alternative default is that she is just a bitch and they move on (and that has it's own implications but not my hill to die on at the moment).

What is this? If it was a male in the organizational leadership position would the peeps be as quick to assign the decisions to the influences of other people or, would they hold him directly accountable? I know men who have gone to conferences/trainings returning home and institute changes. I have seen the staff grumble (been one of those staff). I have not heard the grumbling peeps say "why do you think he listened to the people at the conference?" I have yet to observe them shaking their heads at how he seemed to be unduly influenced by the information and presenters. Nor have I heard the implication he is incapable of discerning for himself as part of the upset.

When the man-in-charge goes off to his conference his local peeps don't blame the conference for the decisions or changes he brings back. They blame him. His female counterpart? She may get some of the blame but it is rarely the full measure. Her local peeps also wonder who was so good at swaying her that she couldn't help herself and just drank the Kool-aid. They might even intimate this is respect - they respect her too much to believe she could think of X without an overbearing outside influence being nefariously afoot. This is snow white, the apple and the witch - the allegory is less than subtle.

Guess what. She is just as accountable as her male counterparts. Blaming her directly is an act of respect by comparison. It acknowledges her agency. Blaming others for their capacity to influence her, or tsk-tsking her decisions because she has been influenced is a straight up way of saying "you can't make a valid decision by your own merit". This presumption of influence by its nature is also communicating she is weaker, less intelligent, less worldly, less street smart, less savvy, too naive, and otherwise incapable of being at the helm of anything. I know, I know...maybe this judgment is just about her competency at work or -where-ever. But that's not how it works. If the assumption is she lacks capacity to make her own decisions then the assumption is also a general implication of decreased capacity, period.

And a valid decision is different than a good decision, because maybe it isn't "good" or "right". Valid is tied to competency. Let's say the valid decision isn't a good one. Okay, cool. For gods sake - let her stand accountable for her decisions - anything less makes her less. It may look like her supporters or colleagues or employees are saving her but all they are doing is communicating how shallow her capacity runs.

And I am wondering if this is even more pronounced in organizations or industries that are predominantly male. Wondering if the handful of women in the organization are subtly indoctrinated into this mindset and so will unconsciously make the same assumptions. And wondering how long it will take and/or what it will take before the agency of women is a given instead of something that must be proven.

Relevant Confirmation Bias Rabbit Trail: people in any industry will gravitate toward ideologies that overtly or subtly align with their own bias. When someone chooses a conference, a training program, or break-out sessions there is a high probability the material will support those biases. A few will challenge their thinking and go to sessions that they are hesitant about but very very few drop good money on something they already know they don't abide. If you are going to travel, spend money on meals, hotels and the cost of the conference...you are generally positively inclined toward the material in the first place. If a therapist goes to a conference on applying clinical hypnosis to client process it's a good bet the therapist already thinks there is value in the modality. If the therapist thinks hypnosis is bullshit s/he is not going to pay conference fees to learn more about it. Hence if a supervisor, boss, business owner, goes off to learn something chances are they have already decided it is going to have value and will align with his/her bias. So perhaps it's not about how much the "experts influenced" and more about how people seek out confirmation for concepts and paradigms they have already chosen. Not saying this is good or bad -