training for tragedy - part 2 - sort of 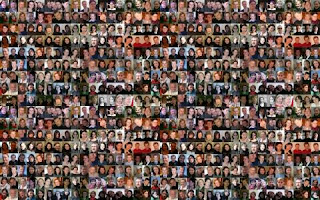 Haven't gotten much farther with Gilligan's book. A little. Finding a few things I don't agree with but I expected that, that's cool. Let's me test my thinking.

I'm still noodling on the whole "tragedy" context he's anchored into where violence is concerned. He has so far, ignored that very few people feel tragic loss when they smash a mosquito into oblivion. His focus is intra-species violence - specifically violence against humans by humans. And there is one place at least, I can agree with the tragedy narrative.

Before I went into private practice as a shrink, I worked in the inpatient world. First as a teacher (pregrad school days) and then as a therapist and program coordinator. The last gig was a 5 year run for a long term RTC, residential treatment center. Kids as young as 6 up through young adults age 22. Ranging in diagnosis from childhood schizophrenia to ...homicide... not a diagnosis but working the system we had a population chunk of adolescents who were temporarily avoiding adult sentencing due to mental health issues.

They came to us instead of prison. For a while. We were a Level Six facility. Meaning we took the kids no one else would touch. Kicked out of therapeutic foster homes, kicked out of group homes, kicked out of everywhere due to their propensity for violent action. Some of our kids were 4' and 75 pounds, others were 6'1" and 250 pounds.

Never a dull moment and we survived with a level of gallows humor by which most of the genpop would be remarkably offended.

That's the context. Now back to Gilligan. He reminded me of something. Doing the math. We were one of several Level Six centers in Texas. One state out of 50 with several Level Six type facilities and at the time, we were a "90 bed facility". Meant we had 90 kids in house. There are Level One and Level Three placements and foster homes and....

And most of these crazy violent kids came from soberingly violent experiences at the hands of violent adults. Do.The.Math. Just because they are kids, doesn't mean they are harmless. My HepC exposure was due to an encounter with a violent 7 year old who liked to bite and a lot of 15 year olds are walking around in adult-sized bodies. If you are strong enough to pick up a table, you are strong enough to chuck it at my head. I digress.

I don't feel particularly tragic about the level of violent action I am capable of, should such action be necessary to get my ass home safe.  But the 6 year old who is in a Level Six facility because she has seriously wounded other children in a foster home because she is acting out the actions taken against her from her family of origin? Needing to frequently interrupt her attempts to masturbate against pretty much any chair leg she could find - in front of any number of humans because she didn't know it wasn't normal (because she had been an adult's sex toy) - that's kinda' tragic.

That was all a long time ago. Those kids are now all adults. The adolescents, if they are still alive, are in their 30's by now. A very few of them will have "made it out alive" - and I don't just mean physically. We still have all of those facilities. They are still full and they are still scattered throughout every state. Not all, but a good chunk of these tragic kids will become ruthless and violent adults.

If you encounter one of them - and you have to choose who gets to go home safely (you or him/her) - perhaps this is Gilligan's tragedy. The six year old girl is now - roughly - 23. If she's tweaking to self-medicate that childhood of hers and you are her resource for her next high...she's not going to give a rat's ass whether or not people will miss you if you die. Will you care why she's tweaking? Feel tragic for how she got here? Maybe. One thing's a certainty. If you care about her horrific past in the moment she is pincushioning you with a knife, this is not a win.

I'm not getting into the solutions or answers in this post. I'm just letting the numbers sink in. The math. There a lot of adults walking around who started out as one of these kids. They aren't all part of Gilligan's tragedy - some of them have figured out how to fall through the Looking Glass and come out the other side (and no, not defining what that means either).  With the hundreds of cases I have encountered, I forget sometimes what the numbers mean. And maybe that's part of the tragedy as well.
Posted by Tammy at 6:53 AM