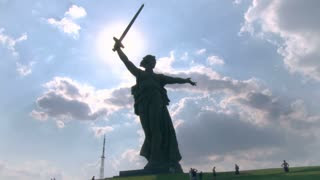 I'm circling a hill. You know, the hills we die on. Wondering if it's a hill I really want to go charging up.

Most of the time, those are easy decisions for me. Not based on whether or not I will win the battle - based on instead, how important I feel the fight is. Feel being a key point of clarification because Hills to Die On are emotional/passion based battles and that means deep into monkey brain territory. That doesn't make it good or bad, it just clarifies the choice-point.

Anyway, there's this hill I have been circling around the base of off and on for the past several months. Every once in a while I charge up the hillside, don't get very far, and then hit a wall of not-worth-the-effort and head back down into the peaceful little valley below. Back to a neutral space that just acknowledges different mindsets and goes on about it's merry way.

The question really, is does it matter?

Does it matter that there are a good chunk of people who teach martial/combat arts for the purpose of self-defense but don't really get what teaching self-defense means? There are layers and layers to the quandary but I'm only looking at one for the moment: women's self-defense instruction.

It took me a long time to figure out this was a real problem. I thought everybody knew there was a difference between fighting and self-defense. I believed the difference was obvious and intuitively understood. Naiveté and a well-crafted set of blinders I willingly strapped to my awareness kept me complacently agreeable for a long time because it never occurred to me the difference wasn't intuitive. When people I respected and people far more skilled than I am talked about the need to teach women to be better fighters, I thought...well okay, they know better than I do, maybe I'm missing something.

It took a couple of years before the incongruence of our perspectives (theirs and mine) became obvious enough I couldn't justify them any more.  I started asking questions.

The people who use the word "fighter" when they talk about training women in self-defense. What do they mean with that word? Here's some of what I am finding out about how the SD/Fighter folks define what they mean:

Typing those first four, I could unpack each of them in a post of their own. Maybe I will. Later.

At first blush none of these are overtly bad ideas for self-defense. Mindset, physical skill, endurance, being able to move her body so she no longer looks like a good target... they all fall into a broader category of Fighter, which at the end of it, always includes that she must first and foremost have fantastic "fighting" skills. Hitting, kicking, sparring, managing multiple opponents effectively in two-minute drills, etc.

These are great skills. They just aren't about self-defense. These are combat art training goals.

I had a crystallizing moment about a year ago at an international training camp. One of the instructors at the camp was running through key distinctions in a session wrap up. "This is a fighting and self-defense system, in that order".  Yes. Yes it is. He reduced to a sentence something I couldn't articulate without a full paragraph.

It means that some systems, like Krav Maga for example, have applications to self-defense but are not, in and of themselves a self-defense training system. It's a fighting system first.

And fighting is different than self-defense. If I am developing a female fighter, those 2 minute sparring drills are great tools.

If I am working with women for self-defense, why would I ever want to introduce her to the idea she should a) let it get physical and b) purpose to stay in the fight for 2 minutes?

The goals are different. The goals can cross-pollinate and they can serve as supporting elements to one another, just not categorically. They are not fully interchangeable.

And we are back at the base of the Hill to Die On.  I have a significant number of martial colleagues who do not see this distinction. They believe if you are going to teach a woman self-defense, you must first teach her solid fighting skills. Teach her to be solid in her pad work, strong kicks, effective hitting, good fight strategy in sparring.

And when I hear this, I am flooded by all the faces of all the female violence targets I have  worked with and the stories of the encounters. Good, solid sparring skills would have served them poorly...or would have made the situation much, much worse. Violence where women are concerned is rarely fueled by the social constructs of a fight.

I want to say - 'don't focus on teaching her to be a good fighter, teach her to END it'. And my colleagues who have this differing perspective ardently believe that is exactly what they are doing.

As of this moment, I suspect the muddling up of things is because of this marked level of crossover. Although the goals of self-defense and the goals of fighting are distinct, some of the training approaches can be applied to both goal sets.

None of these goals, these fighter goals, are bad. I enjoy training in this orientation - a lot. Writing this in part because I woke up this morning super aware that my 52 year old body spend 3 hours rolling with a group of guys who are upwards to 20 years younger than I am. It was a blast. I was happy all day after we wrapped up. Three hours of sweaty, smelly, slimy ground work. Finding locks and holds and control positions. Flow drills and cheats and compression work and submissions...so much stinking fun.

And. My 5'3" frame would be maimed or dead if I took yesterday's mindset and applied it to a self-defense situation with Threats who were any one of the men I rolled with yesterday. Will yesterday's training session improve my skills? Absolutely. Rolling the 190 pound guy into an armbar was fantastic for my competitive side. And I know the difference between chess match drills for skills development and self-defense realities.

But what about the people who choose not to see this distinction.

Is this a hill to die on?

One of my monkeys jumps up and down "yes, yes!". The rest of me looks at this and can see how deeply held the Fighting & Self-Defense Are The Same mindset is held and it doesn't look like it's worth the effort. Which goes to the reality that, at a point, standing on this hill waiving my sword around may just be a variant of arrogance.

The conundrum has created a metaphoric base camp at the bottom of the hill. I'm pretty sure this is not the most efficient use of my time and energy, but my monkeys really like to camp.