Feels like I should start this out with score cards and stats. "In thiiisss corner, wearing the Fighter's colors...." the crowd goes wild. "And over there, we have the Self-Defense Contender..." booooooo. 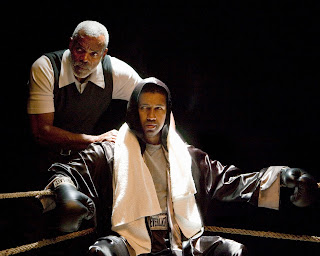 The first post on this topic generated a ton of conversation. Super happy about that because thinking inside the vacuum of one's own mind isn't always a productive event. Thank you to everyone who shared their thoughts, questions, opinions and challenges in the FB feeds around the last post (this one). D. Moon said, yes this is a hill worth dying on. People who know me were probably tsk-tsking..don't encourage her. Too late. Up the hill we go.

One of the conversations around the last post gathered around the concept of fighting skills and transferability to self-defense. Reading y'all's ideas about it, I am thinking this:

1. If you have incredibly solid skills in a fighting system there is a degree of transferability to a self- defense situation. A degree. It can't hurt to have a mean left hook or an effective leg sweep. What's also true is that your mean left hook or efficient sweep will only be useful if the situation creates an opening for you to use the technique.

Incredibly solid fighting skills take years to develop. Years. Not months. Not days. Years. There is a degree of transferability at the physical level. There may be a degree of transferability at the mental level as well. If you are used to taking hit then the nasty sucker punch won't undo you as much as it would otherwise.  This splits off into two specific rabbit trails.

Rabbit Trail A: Years. If someone is looking for self-defense training for fun, as a past time, as a cool way to burn a few calories, years isn't horrible. But if you need that self-defense you probably don't have years to wait. Brings to mind students who come into our place because they (and their family) are going to be detailed somewhere less-than-safe. Usually this information means the move is pending 12 to 18 months out, sometimes sooner. Busy lives, kids etc. they aren't going to be able to train 4 days a week. If the goal is make them an excellent fighter who is, as a result, highly adaptable under stress 12 months isn't going to do it with 1 to 2x a week training sessions. From a Fighter's perspective, we'll spend our time in strikes, kicks, combo's, power generation, sparring....lots and lots of sparring. Pad work...lots and lots of pad work. Conditioning drills....tons of those too. Strategy development, etc. By the time these students get all this down cold, they'll be shipping out. What about threat assessment? What about understanding the context of violence? What about the knife threats? The grabs and pulls and chokes? Sorry, we ain't got time for that.
From a Fighting First approach to self-defense, what do you do with the woman who is being stalked? How long does she have before the stalking begins to escalate? Before the stalker makes contact, shows up on her doorstep, gets physical. Do you have an answer? No. You don't. If you understand the various profiles of stalking behavior and you have time to engage in a detailed interview with the student and then to assess her experience against the profiles, you may have a rough prediction. This isn't a crystal ball. She may never need her self-defense skills. She may need them tomorrow. You don't have months. How will you triage? If you solidly believe she must become an effective boxer, Muay Thai fighter, MMA fighter before she learns much of anything else she better hope her stalker plans on squaring up before shit goes south.

Rabbit Trail B: Learning to take a hit. And this is invaluable. We all react a little differently when we get hit. Some people freeze, other people crumple in shock, some people run, other people cry and beg for mercy, and others still charge forward with no plan except flailing fists. Would be good to know which one you are, yeah? Better still, it'd be really good to learn that taking a shot doesn't have to cost you your control.
Training up a good fighter, this is part of it. Has a degree of transferability to self-defense, but it's a pretty small degree. Preaching to the choir now because self-defense instructors know there is a marked difference between an ambush, a predatory set-up,  and other kinds of asocial violence and the monkey dance which can have a series of tells warning you that the sucker punch is impending. The social tells mean you might be able to avoid getting hit at all. Flip it to asocial violence and it doesn't matter how proficient a fighter you are....you aren't going to see that shit coming. Rory is known for saying: smart people avoid what they see, you'll get hit with what you didn't see. Probably not an exact quote.
If we take a Fighting tack in our self-defense instruction and we place good fighting skills as the primary objective, the student is horribly unprepared for what is going to hit them. A good fighter can read the monkey dance and can find ways to disengage before it goes physical (if they know ego has no place in this game). A good fighter is as unprepared for the ambush from behind or the intentional set up of a process predator. As unprepared as someone without any training at all, maybe. Maybe, even worse - Fighting has rules. Asocial violence will exploit the rules of a good fight and use it against you.
So a little transferability because it's good to take impact, to understand what it does to you, what you instincts tell you to do and what your social programming dictates you do. It's good to find these with gloves and mouthguard before you find these because someone has come up from behind and smashed your head into the wall. Beyond this, thinking the impact of a fight is going to look or feel anything at all like the impact of a violent encounter...that's a risky expectation.

These rabbit trails and the questions about whether or not good fighting skills help in self-defense - Good fighting skills might help. Help as in, assist. If that's all you give a student or if that's what you hold as the most valuable of skills you teach, you are teaching self-defense from Disney's scripted set of prescribed heroes and villains. Outside the Magic Kingdom, reality pays little deference to Disney's script or the rules of a good fight.

And that's the struggle of it. There is enough transferability to make the distinction murky.

I'm not done with this just yet. More thoughts forming. And ultimately, those of us who believe there is in fact, a difference don't much need a conversation like this.

When all these thoughts and conversations and machinations are done, the Hill remains.  Some days I have the energy for it. Other days I just want to play with my tribe and be like little Rose, the viral internet sensation who just wants her dad to "worry 'bout yourself". To what extent is there a duty to this hill? Hmmm.