compliments in many forms ... 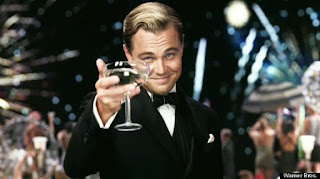 I'm working on an ethics presentation for VioDy's 'back channel',  a project in development for the organization's website. I'm looking at it from two angles, the student angle and the instructor angle. The instructor angle is expanding a little into a broader professional angle.

Been thinking about that off and on the past couple of years. Interacting with various other instructors running programs similar to mine in our area and internationally (and less similar too) it's been a curious journey as the professional behavior is incredibly diverse. What's okay to do, not okay to do - okay to say/not okay and how we treat one another in the martial/combat industry.

One organization I've been a part of originally had a general rule of thumb about intra-organization behavior: play nice with each other. There's plenty of room for multiple instructors, programs, clubs don't get spun up about proximity. I was at a meeting many years ago where folks were pushing for a hard radius rule and the guy in charge wasn't a fan. His input? If you put up a good program with good training and good people even if another guy from our group sets up across the street from you, you should be fine. Different personalities create different tribes.

Essentially, he was right. Practically, as a business owner, having what could be competition within your own tribe set up across the street would be at the minimum awkward. I can totally understand how it could feel worse than awkward, even like a betrayal. Nonetheless, the guy in charge had a point that is valid. At the end of it, there was one distinct behavior he was not cool with...don't go after your brother/sister's students. No poaching.

Students might drift on their own but poaching was seen as particularly poor form within the organization. I tend to agree. If they wanted to train with me - they would. If they started somewhere else and came to me - their choice. If you start with me and it doesn't suit you...why would I want you on the mat? You won't be happy and that makes for the beginning of a whole lot of shenanigan's I don't really want anyway.

Over the years different students who train at my place have shared how they've been solicited to leave our place and go to another place, the place doing the soliciting. About a week ago, one of my long term students pulled me aside (actually the student's parent - student's a teenager) and shared that they had been approached on a number of occasions, including recently, by another school teaching similar skills and part of an organization we are also a part of.

This other program isn't across the street - it's a good distance away and we draw from different demographics. They're making overt efforts from the other program to get the student to leave us and join them instead. Not the first time they've done this, but the first time in a good long while a student of ours has brought it up because the student "thought I should know" as they are uncomfortable with the ethics of it.

The first time I heard about this kind of dynamic a few years ago it irked me. I got a little puffed up and monkey-brained about it. We weren't supposed to do that - that was one of the no-no's in that organization. This time though I had mixed feelings. First, confirmation that our industry is notorious for under-the-table deals .... like many industries. Second...what a huge compliment! When a student we've trained from ground floor up gets repeatedly courted by another program it is confirmation we're doing something right.

It was cool to hear both the parent and the student describe how adamant their NO has been stated and the explanations for why they are super clear they would not consider training over there...different tribes/different personalities fit different needs.

What's even more cool though - the team of instructors at our place alongside the student's commitment to their training - has created a desire from other programs to poach the talent. Raising a glass to the compliment and a nod to all programs who create the environments conducive to kick-ass students.