The Code - who gets to ask what, and why? 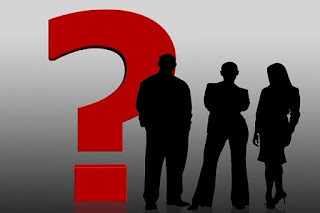 When teaching in a group of women if the training is long enough someone inevitably asks me if I have any personal experience with violence.

Mixed gender or all male groups - the question doesn't come up.

This is probably just a rabbit hole but the questions have me super curious. So I asked a friend of the male type - I shared the observation based on my experience and asked...why don't the guys ask?

His response was it's kinda' like a guy-code. You don't do it. You don't ask another guy if he's killed somebody or how many fights he's gotten into, or if he's ever stabbed someone or gotten shot. In this conversation, he reminded me of a situation we both happened to observe. One of those moments when a guy broke the code. There was a visceral reaction from a number of folks when the code was broken. The guy who was asked made it clear the ask-ee had crossed a line. What if it had been a woman who had presented the question?

Hmmm. I think the general response would have been the same - not cool, sister, not cool.

BUT...what if it had been a female instructor and the question had come from a female participant? When I've gotten this question from other women it's generally come from one of two places, that I can tell anyway. One: credibility. Do I have the experience to back up my confidence in what I'm teaching? Women doubt. They (we) have seen enough bullshit in self-defense instruction that we doubt.  Two: safety v. risk. A lot of the time the question comes from a place of fear. If I have the been-there shirt then she can let her guard down...doesn't risk as much potential judgment.  And, if the answer from a female instructor is NO, I don't have the been-there shirt, a little explanation and personal sharing cinches the credibility factor pretty well too. Women are all...well, women.

If you haven't been physically attacked, you have worried about it at some point. You have been cautious going out to your car at night or have been the focus of spurious catcalls or some other unwanted attention. The girls get it.  Maybe. Hmmm. Then there's the whole neurological multi-connectivity factor in the female brain which tends to create more investigative questioning just by the nature of her wiring. Is that it? Probably contributes but I think this is more a socially driven construct than a biologically driven construct.

What happens though if a guy asks the violence question to a female instructor? I have no idea. I have never seen this happen. Would the violation of the guy-code be bigger or less? Would the women be happy someone asked on their behalf or incensed at the intrusive curiosity?

What about credibility? If the female instructor says yeah, I have the t-shirt, what are the guys thinking about that? Does it add to her credibility? Or, do the men in the crowd feel all offended on her behalf - or - maybe it detracts from her credibility, she's a damsel in distress and should have known better ...or... What if her answer is no - loss of credibility? Are the men relieved but somehow drifting towards being dismissive? No idea. Not a guy and again, have never seen this dynamic go down.

I don't know if the answers inform anything or really matter. I'm just curious more than anything else because it is a trend and, not knowing the rules is one of the things that can up the propensity for violence and conflict. So I am curious about what the underlying rules are here, and even more curious why the rules exist. I have seen it happen, had it happen on more than one occasion. The women ask. The men don't.
Posted by Tammy at 5:31 AM