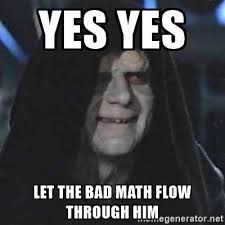 Okay-dokey. There's a whole lot of angry and binary and positioning going on right now. It is impacting a lot of different stuff like politics and history and human rights and freedom of speech and...

Is the U.S. on the brink of a new type of civil war? What's the real issue with Charlotsville; freedom of speech? hate crimes? terrorism? the beginning of a new Hitleresque regime on the rise? Do we tear down all the historical monuments from the history of the U.S. Civil War? Do we tear down the pyramids in Egypt because they were built on the backs of slavery?  And then there's Trump's response pointing his finger at both sides and the backlash that he didn't condemn the white supremacists.

At a sociological level this is twisty and complex. At a human level, there isn't anything complex about it.

Any time we see, feel, experience or believe Power is a binary, closed percentage proposition we are fucked. If you get an entire generation of children to believe 2 apples and 2 oranges = 10
Almonds and the numeral 10 comes to mean those 2 apples and 2 oranges as a new concept and you rewrite the dictionaries to change the meaning of the words so they match, there are still 2 apples and 2 oranges on the table, not 10 almonds. If we try to solve math equations with this new interpretation and we bend the numbers and our definitions of reality to make it work - it is still inaccurate and the solutions we create will be skewed and ineffective. The skewed solutions will eventually breakdown because there are just some things that can not survive the test of raw reality.

Trying to solve battles for power by dividing one pie and allocating the pieces to an infinite number of human beings is always, eventually going to break down.

Power is not a finite equation and is not binary. If I have some, you do not have less. Everything we believe about our power or lack thereof has been taught/learned.  We can get super existential even and think about what Frankyl said in Logo therapy and his experiences from the Nazi Concentration camps - he was kinda' powerless when he was interned .... or so it would appear. But he came out of it with theories about being human that eviscerated a binary and finite orientation to power.

One of the things he discovered was humans in the concentration camps had basically two relationships with the food...ummm....well, what passed as food.  People would risk their lives to hoard what little they were given in case they needed it later. Other people would give their portion up to a sick(er) detainee when in need. The latter group lived longer. Tended to be more resilient. Weird, huh? Give away your meager portions once-in-a-while and you live longer? What?

When you feel like someone has power over you, it is because at some level you have surrendered a degree of it. When you feel like you have to drive your car through a crowd of people you hate, they rule you. Yes, you may kill and injure some of them and that sure as hell looks like you have more power than they do. Look, I do this too. We are deeply socially programmed to see power as an equation with a finite numerical product.

There are experiences that inform beliefs I have and those experiences can argue deeply about power differentials 80/20 etc. Moments in which I did not have the necessary skills to avoid the impact of someone else's decisions - that can feel like powerlessness. No doubt. It doesn't mean it's true.

White lives matter. Black lives matter. Blue lives matter. Take monuments down. Destroy history. Keep history. Be right. Be wrong. It's all a battle for power. Only here's the thing - You can't win something you already have access to and you can't lose something wired into your DNA. No matter how hard we try, adding together 2 apples and 2 oranges will not give us 10 Almonds. And as long as we try to solve the equation by using the wrong computation, we are fucked.
Posted by Tammy at 10:37 AM