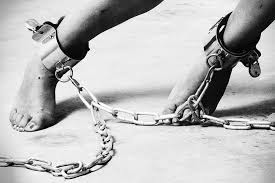 I recently stood in a line-up. The socially dictated lineup of a receiving line. I don’t like them. I don’t really know anyone who enjoys standing in a tidy row as everyone else walks by to a) make some level of physical contact and b) mumble scripted praises or condolences. And as much as the banal socially scripted interchanges are irritating and boring, the opposite can be worse in the receiving line ritual. That one person who stops in front a specific person in the lineup and dives into a heartfelt conversation. This isn’t the ritual and everyone is left uncomfortably flat footed while traffic progressively backs up on down the line.

This is an odd ritual when you think about it. Most people don’t enjoy the process whether in the giving or in the receiving of the scripted touch/remarks. But it happens anyway. Most often in funerals and weddings. Two of our biggest rites of passage are marked by receiving lines.

The people in the lineup are on display and the people who come to have a look carry their own expectations of what they want/need to see. These expectations are distinctly driven by culture and tribal protocols and it took me a few minutes to realize I was breaking one. My own discomfort with being on the display line blurred over into small gestures of discomfort on the other end so I didn’t catch it right away. It was a well-attended funeral, I had a lot of time to figure it out. In polite society the cues signaling awkward discomfort are less blatant. People smiling or tilting their heads in gestures of familiarity with fleeting bracing at the jaw. One shoulder tipping away, or making eye contact but breaking it and looking quickly down or off to the side to the next person in the line. To name a few.

The offending gesture was me extending my hand out for the expectant physical contact. I did not know 98% of these people and the obligatory hugs are generally held for people who can at least demonstrate a degree of facial recognition. Some of the elderly women reached for the pat-pat hug anyway. They skipped right over my extended hand. Okay. No problem. But the other two responses were most dominant and followed the rules of polite, Southern, conservatively religious society. Don’t touch the strange woman.

Particularly the men. My extended hand was usually ignored by the men. When it was received there was no handshake. Take just the fingers, hold them for just a moment, release them. It took a particularly awkward guy for me to realize I was the source of the discomfort specifically – beyond the general no one wants to be here business.

Oh. I get it. I’m doing this wrong. That was the revelation – I can be a bit dense sometimes.

The rest of receiving line wasn’t any more comfortable but at least now I had something to do. Try and read the body language ahead of time. Who is going to shake my hand, who isn’t? This is not a place to trot out personal expectations.

On the long ass drive home the next day, I had a lot of time to think. A question materialized.

When is tacit consent [to a tribal protocol] and act of kindness and when is it conspiracy?
The receiving line at a memorial service is a no-brainer. This isn’t about me. It’s not about acknowledging women as equal partners in a productive, advancing society. Forcing the men to shake my hand just makes me an asshole.

What about in other environments? Just taking the handshake rule, male uncomfortable touching female = no handshake. Reading the body language that says “this is wrong” gives me, us, a choice. I can extend my hand and leave it out there and the person who doesn’t take it is the asshole. It’s obvious if not to anyone else but the two of us. How do you choose? Who’s the asshole? I have answers and places I use the handshake rules as a litmus test. It is an instantaneous data dump about the other person. Will they shake my hand? At what level of grip? What level of contact? For how long? What’s the eye contact? Posture? Structural positioning? So much information.

There is a new series coming out – don’t remember which network is producing it. The title is The Handmaid’s Tale. Based on a book* I read well over a decade ago. Disturbing book. Disturbing because it takes this gray zone decision making and demonstrates what happens when tacit consent to a protocol/rule/expectation slowly becomes conspiratorial agreement to participate. It’s not unconscious. The monkey self-justifies the agreement. Go along to get along. Don’t make waves. It won’t be that bad. This isn’t a hill to die on.

And then we wake up one morning and discover the entire social structure has shifted and to go back on that conspiratorial agreement will cost you everything. The book is disturbing because it is entirely possible.

Which hill you die on, is your decision. Key word here – decision. It’s a choice. Your choice. If you, me, if we don’t take the time when time offers itself up for a good think – if we don’t take the time to consider the hills, and upon which ones we want to battle to the death, gray zone ambivalence wins. And like it or not, whatever shackles you find about your ankles, you agreed to it.

*The Handmaid's Tale was published in 1985. Author: Margaret Atwood.
Posted by Tammy at 6:51 AM