are you sure you want to teach that? 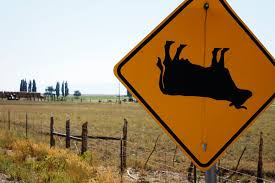 I'm probably earning myself a special place in martial arts hell with this post but sometimes the ridiculous needs to be addressed even if it means tipping sacred cows.

This is bad business.

The system I am affiliated with just duked this one out per policies in the U.S. Think about this. We had debate and argument about setting policy about who you could and could not train with and where you could/could not do this training. The reason for the debate in the first place was a policy that was put in place limiting who instructors were permitted to train with - as in - you can't train with anyone who teaches anything similar to what we teach.

(Pause. Let that sink in long enough to gauge how you both think and feel.)

The policy has been repealed. So that's the good news. Humans prevailed and the monkey brain possessive territorial chest beating took a back seat.

Look, I get this. I understand the sentiment because I see it everywhere. And I get the context of loyalty. And I get the feeling of pouring into a student. I have a twinge when I lose one to a different training program. That twinge happens because my emotions in the moment run binary. You train with me, you respect/like me. You don't train with me you don't like/respect me. Even in my language "lose a student" you can see the monkey wanting a say in the conversation.

I also get this: You are not on the mat as an instructor in any training system for you. That's the hard reality. You are a service provider, a teacher. A true master feels the bitter sweetness a parent feels when their kids take wing. When they fly and mature and move on. It is bittersweet. Revel in it. It means you did a good job.

One of my younger female students is getting ready to test for her fifth rank. She's been training with us for over 2 years. She is super talented and smart. I am proud of her. All of the instructors are proud of her. She is so smart in fact, that she realizes a lot of her Krav could get her expelled (high school kid). She also realizes that even though BJJ (hello Master Gracie), is more complicated to learn, she sees that it has solutions she might get away with at school without risking expulsion. This is significant because she plans on going to college and getting expelled for violence does a real number on your chances of college acceptance.

So she now adds in a little BJJ to her training. And there's that little twinge. My monkey looks up and looks around. But if we look at our students as sons and daughters (not only in the video, I have heard this language used in other systems...like my own), then we must truly long for the moment when our children, oops - students take wing. This is not metaphoric, not really. Take the girl at our school getting ready for this 5th level -

Her elementary school had frequent lockdowns due to shootings near the playground. She goes to high school in the same area. Shit happens in the hallways. Kids are smart, sneaky and good at knowing where the holes are. Where the adults are not. Her krav, what she gets from us, will work. It may also kill her chances of getting into the universities she wants. She's smart, intelligent and has enough training to be able to discern. She looks at her BJJ as critically as she looks at her Krav.

She is taking wing. I have male students who do this too, btw.

Gracie's lecture speaks to our loyalty needs. Our need to be loyal and our need to be honored by someone else's show of loyalty toward us - big needs. Dangerous needs in the context of self-defense.

I respect Mr. Gracie. Deeply. I can both respect him and see the deep, dangerous flaw in his mindset. As a student, if you tell me I betray you by learning everything I can from anyone I can - including instructors who teach the same thing you teach, you are telling me I am not smart enough to be able to operate under my own agency. Legislating my loyalty will not produce a warrior willing to go shoulder to shoulder with you in battle. Legislating my loyalty will render me incompetent. I will only be able to act if it pleases you. I will be able to defend myself, my loved ones only if that defense measures against my master's accepted policy.

are you sure you want to teach that?
Posted by Tammy at 7:39 AM