can women really defend themselves? 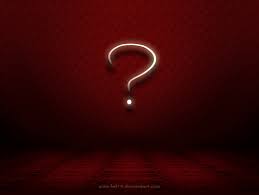 This morning over coffee my spouse is on Drudge and shares this story with me. The link is here so you can follow it yourself if you like. Article Link.

In Colorado a mom hears screams from the front yard where her kids are playing. Races out of the house to find a mountain lion:

"she found the cougar on top of her son, the Pitkin County Sheriff's Office said. The woman "was able to physically remove her son from the mountain lion" and the boy's father called 911 as he drove his son to hospital, the sheriff added."...quoted from the article

Later in the article " Sheriff's deputies and a law enforcement officer from the U.S. Forest Service found the mountain lion in the front yard of the residence and put it down, the sheriff said."

Let's look at what is NOT said. She physically removed her son (who lives by the way). Authorities find the animal still in their front yard after they leave for the hospital and put it down (i.e., they shoot it). It's always a sad moment for me when a beautiful creature like this is doing what it is designed to do and it's nature crosses paths with a human. Like the Gorilla and the little boy at the zoo....neither creature is vicious or evil, anyway that's a different rabbit trail.

So, "physically removed her son" and then the mountain lion is still hanging around in the front yard...doing the math? This mamma fucked up that mountain lion. As a mom, I'm pretty sure she didn't pause at those screams...hmmm, I wonder what could be happening? I will look out the window first...oh dear...let's make a plan. Honey? Where's the shotgun?

Nope. Not what happened. I have heard hurt and panicked sounds from my kids when they were little. It hits a deep, lizard brain place and you just move.

This lizard brain is, in it's own way, a tactical genius. It doesn't use higher level thought process, in fact, it's mostly a pre-verbal thing. If this mamma had been a lion tamer, an exotic animal veterinarian, or any other profession in which she was well-studied in Mountain Lion, we might say oh, there you have it, she knew the animal's weakness. I'm pretty sure Rueters would have shared that tidbit as it's just a wee bit important.

Think about it. This average adult human female took on a mountain lion to save her tiny human and.she.won.

The next time I hear any female tell me she's "too...(anything)" to be able to learn physical self-defense, I am showing her this story. Because here's the thing girls, we are hard-wired for it. Just imagine what you can do with all that instinctual tactical capability if we put a little training behind it?

And the next time a guy asks me "do you really think a woman can defend herself against a man?" He's getting this article as my answer. If she can fuck up a mountain lion, with the right motivation the human male is child's play.
Posted by Tammy at 6:08 AM