on witch-hunts, fear, and terrifying compliments 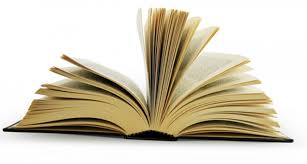 I've never cared for the label "feminist". Personal glitch. I get that most people would say the shoe fits- I think I don't like it because in my mind it reflects something extreme and extremism rarely comes to a good outcome. With all the Kavanuagh drama right now - I'm noticing something eerily familiar...hang tight...this is a long ass post.

I'm hearing men I consider pretty good humans share that from here forward - they help no woman with whom they are not personally familiar or share DNA strands. It's not worth the risk of having their lives destroyed in the new men-are-pervs witch hunt.

The abused become the abuser. That was also thrown into the conversation and they are not wrong. I won't speak to the ethics of decisions to withdraw support. Such a decision is deeply personal.

Several decades ago, I was a newly minted therapist when laws were passed establishing "mandatory reporters" in child abuse cases and programs were being developed to teach children it was okay to tell someone. I was responsible for educating faculty and administrators on the procedures for reporting and how to know if an incident might be reportable. Part of that inservice was also about how administrators were forbidden from blocking reporting by their staff...because that happened. And even with the training, it still happened.

I remember vividly sitting in a principal's office mediating between a teacher and the principal while the principal dressed-down the teacher for calling in a suspected abuse case after the principal had expressly directed her to keep out of it. There was a conversation about how a school policy couldn't supersede the law ... it didn't go well.

Children who were being neglected or wounded at home were getting the intervention they deserved. It was a good thing with a dark underbelly. Parents who opted for the family bed movement were accused of sexual abuse. Women who believed in nursing their children to the age of 2 ... were reported for sexual abuse. Single parent's with latch-key kids were reported for neglect. Sometimes it was true - sometimes it wasn't. Once accused though, always accused. Parents innocent of the accusations often moved to new towns - new schools. It was the only way they could get away from the glares and whispers.

Savvy tweens learned they could cry "child-abuse" and parents terrified of the public proverbial beheadings would back off of punishments for misbehavior. Female and male teachers alike stopped comforting distraught children, refusing to hold even a 5 year-old's hand while walking to the nurse's office with a playground injury.

Out of fear, we abandoned one another.

Across eras of change, this is what we do.

When it is finally acceptable to speak up to abuses of the past, we also learn we can weaponize the power to accuse. We've been doing this long before the literal witch-hunts of the 15th century. I have no idea what the solution is - and I have no idea whether this is relevant to the Kavanaugh drama.

Humans have been doing this for hundreds of years and I suspect we will continue to swing to extremes and then eventually figure out how to find the midline of our bell curves.

In this moment, in this movement I have an idea or two. My thoughts are generated as the mother of men and as a...feminist. We start by remembering we are fucking in this together. This thing called humanity is tribal by design. Most of humanity would die in total isolation. The majority of the species no longer needs tribe to hunt in bands, nomadically move our villages with the seasons.

We need each other in different ways now that technology satisfies ancestral needs. Some of us will do heinous things to other's in the tribe. We get to acknowledge it. Speak to it. Address it. Punish it. We get to remember too, we are accountable to what we create. Humans who accept responsibility for   only our collective success and deny accountability for our failings meet the clinical benchmarks for narcissism and at minimum, a degree of sociopathology.

When we swing to these extremes we are culturally narcissistic. Have yet to observe that producing valuable outcomes.

If women have been the target for assault, harassment and abuse then we must ALL do something about it.  Women supporting one another involves more than picketing together or marching on Washington. It includes supporting and celebrating success rather than getting vicious with envy. It means mentoring women rising up with new talent, rather than being the matriarchal pillars holding up the glass ceilings.

It also means taking responsibility for our bodies and our rights. Speak up and out? Absolutely. But if this is ALL we do?? Then we stand accused of Frederick Douglass' words from the 1850s. If we want Freedom without taking responsibility for the work and struggle required then we want the harvest without plowing the fields and we want the ocean without it's waves and storms and we want rain but keep the lightening and thunder to yourself, thank-you.

Transforming a culture doesn't work that way. The work that seems to be shunned right now is the work women might be doing for ourselves. This social shift we seek isn't going to happen solely by accusation, trial and punishment. If we don't want to be targeted for sexual violence - in addition to better punishment and more cultural support for our accusations - we need to become hard targets. We need to be generally considered a bad choice for sexual violence but not out of fear of witch-hunts...out of an expectation that I am equipped to stop you before you ever get started.

Everything in the media right now is about the consequence of sexual violence. The focus on the university campuses is to teach what giving and getting consent looks like. This isn't bad or wrong. It's just incomplete.

Recently, I met a man in his early twenties who is an accomplished martial artist and a generally lovely human being. In conversation on a break from training he remarked "you're terrifying". He meant that as a compliment and I took it as one. His remark came from respect, not fear.

If could gift one thing to our society right now, it would for women to be respected in this manner. I can't wave a wand and unilaterally make that happen (which is probably a really good thing...no one needs to give me a working wand).  I will; however, be at stake for what I can influence, what I can support, what I can mentor. I will be wrong many times along the way; of that I am certain.

And may the gods be so willing - I will not let fear choose for me.