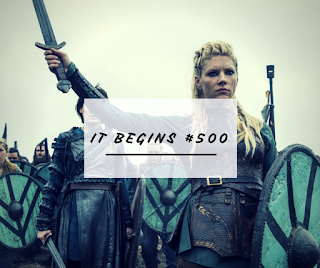 found an incongruence in my mental framework. Fixing it-

Goals Forward + Resources Backward is not a super common cognitive paradigm. This may be an evolutionary thing. How much food does our little band of homo sapiens have? Hmmm, doesn’t look good – time to hunt. The resource assessment determines today’s agenda, the goals. How we shift to goals-forward is something to noodle around on and I’m super tempted to follow that rabbit trail but it’s not why I sat down at the keyboard this morning.

I tend to be fairly goals-forward when attacking a problem. Or a person. Or I was when I first started training. It may be why TKD was frustrating because the goals were about tournaments and belt progressions and after a while, it just wasn’t a meaningful enough goal to hold me. Krav Maga was a little easier to sink my teeth into, the goals worked for me -move in, cause damage, prevail, get out. Those goals made it easier to get connected to the idea of rank testing and other achievement-based benchmarks within the progressive system of a combat art.

During the early days of becoming an instructor, 99% of my instructors were men. Big surprise. Periodically, I needed reminding that I wasn’t 6 feet tall, 250 pounds and I wasn’t bullet proof. They weren’t wrong. My instructors were pointing out that my attitude was fine but my tactics sucked. You can’t be 6 feet tall when you are – ummm – NOT, no matter how much attitude you bring to the event.

Size matters (I know…I know…jokes abound). While I stubbornly, slowly began to acknowledge this reality another affordance snuck in and tainted the way I thought, assessed and taught. The impact of mass differentials in the physics of a violent encounter is a thing. What creates the potential for a distortion in thinking, is how we relate to the terms “advantages” and “disadvantages”. This is a resources-forward way of thinking. What do I have? What am I lacking? How do I work with that?

A question crept in a while back, it didn’t have words to it so I couldn’t articulate it but now there are both words and what feels like an answer. Resources-forward  as a useful paradigm in self-defense has a limited shelf-life. Limited like buying milk the day before it goes bad, limited.

I am guilty of teaching this way. The size comparative of person A and person B may be immutable.  The goal is dynamic and it is the goal that dictates the strategy and the ensuing tactics. This is a painfully obvious statement.

It’s a useful statement though, perhaps. As I dig deeper into developing #500, my first steps are in researching mindsets, instructional approaches, the good/bad/ugly of women’s self-defense and in this research am finding an unfortunate little fallacy that crept in to my own affordances over the years. Size is a disadvantage from which to compensate.

Size is a factor. But if it’s one piece of a larger equation, whether it’s an X or an A in: a+b=x doesn’t, by its nature, determine whether or not it is advantageous or deleterious to the equation.

What happens if we drop this paradigm. If we stop telling women (specifically but not exclusively) that they are at a disadvantage and need to compensate. Size advantages/disadvantages is a resources-forward paradigm. Goals-forward is…well…about the goal. Damaging a human body just isn’t that hard.

And resources-forward may also be one of the culprits behind why most programs are solely focused on the worst possible situation – the physical encounter because that is about fear. When we are counting resources in light of potential problems, this is fear running our thinking instead of something more useful.
Posted by Tammy at 7:18 AM

Email ThisBlogThis!Share to TwitterShare to FacebookShare to Pinterest
Labels: #500, self-defense