back up the sparring hill we go- 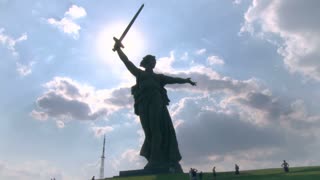 This is me over here in my kitchen playing the part of an excited evangelical - nodding my head with vigor saying Yes, Yes YES! Reading this article from The Martialist, the author did a hell of a good job overall and targeted one of my soapboxes...which is why I'm all throwing my hands up with a can I get an amen.

I wrote a couple of blog posts about how fight training, sparring in particular is useful training but it is not, in and of itself, self-defense training. It just isn't. Mr. Elmore does a better job in this article than I could have hoped to do in the blog posts where I was beating my proverbial chest over the issue.

Concise and to the point he reminds us that sparring is symmetrical interaction:

"It's definitely a great way to get comfortable with applying techniques on a resisting opponent and with testing your abilities and your resolve in a relatively "safe" environment. The problem with sparring for self-defense training, though, is one of mindset. It (unavoidably and by definition) turns what should be an asymmetrical conflict into a symmetrical contest."

Sparring is good training. When I climbed up on this hill the last time, I got a good amount of feedback. Some folks agreed with me, others fought for the belief that "sparring = self-defense".  It IS good training. I like it for helping people realize they can take a hit and it doesn't have to shut them down. Unless the hit actually shuts them down by shutting down the brain stem, but that's different.

Sparring is excellent training to understand how much energy a fight takes and for learning to control your monkey brain (getting angry, overwhelmed, irritated, competitive, etc.). Sparring is a safe way to practice reading how other people move, to manage timing and range, and for applying some of the basic skills out of your system.  Sparring can be a great teaching tool, used correctly, and there a metric ton ways to use sparring incorrectly.

Sparring is good training. It IS not self-defense. It has application to self-defense, but as a singular training tool it fails. Self-defense will always be asymmetrical. The Threat makes the rules and you won't get to know what those rules are ahead of time. If you attempt to play by any set of rules, you will lose.  And there are rules in every aspect of training, sparring included. Examples from personal experience include (but trust me, this is the short list):

Judo: be honorable, always. I got warned about my language. I made a mistake and muttered shit. My sensei immediately gave me my one and final warning.
Kickboxing/MMA: Whoa! You can't do that. You can't kick her in the groin (trainer chuckles) you girls don't want that all hurting right? But if my opponent is following that rule and I don't follow it....I have an advantage.
Krav Maga: I hope you have a good lawyer was the humorous admonishment from an instructor after I disarmed a knife in a two on one drill and cut both parties as I ran for the exit. Oh, and keep distance, except once I gained some skill as an infighter if I can get super close I have unique cheats that aren't available "at a safe range".

Every system has a symmetrical element to it's training. At some point and to some degree. By it's nature, sparring is fundamentally symmetrical. In a sparring drill during a testing if I escalate and launch a flurry of attacks, drop a glove off deploying a training knife into a sewing machine attack and then run for the door, my scores will be really really poor. My training partner will be pissed and I will immediately develop a reputation for being a shitty testing partner.

So I have a request. No, it's really more of a plea. If you teach in any system and sparring is part of your training methodology, do not mislead yourself or your students. Sparring has value. It teaches many things and sparring categorically requires the wrong mindset if the training goal is self-defense.

Mr. Elmore, nicely done. You addressed the topic far more eloquently than I could ever-
Posted by Tammy at 8:05 AM