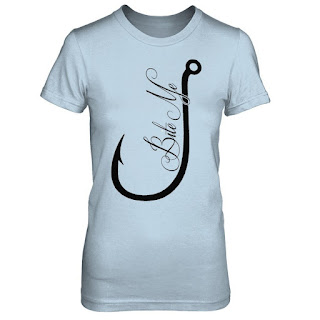 A friend in the martial arts/self-defense world posted something recently from an online group. She copied a post from another female practitioner and then made a sympathetically face-palm sort of rant  about the post.

I read the repost. At the moment I am all out of rants and something needs to be said - again.

"You probably aren't going to hurt/injure a family member or colleague. So, be careful about biting on the show me what you learned hook." This is a common cautionary statement delivered mostly (in my experience) from female instructors to female students.

Here's why we say it:

Jane starts training in martial arts or self-defense. Jane's brother, husband, boyfriend, male colleague (fill in the blank) will eventually make this request show me what you learned. This is a hook. The majority of the time, this request is an invitation to a monkey display of strength, dominance and ultimately - putting her back in her place in the tribal hierarchy. What happens next is predictable.

Jane: we learned how to defend a headlock (or whatever you want to put in there...)
Him: show me -
He puts her in said headlock or choke or grab or whatever and sinks in like he's fighting for his life. Jayne begins to demonstrate the defense....and it fails. She can't get out or get away because she is being respectful of the relationship. She isn't running at full speed or full power. She isn't causing pain or injury. If the defense is technically valid, it will work in most situations but she will need to execute with the full force of my life depends on it level of energy and commitment. If Jane does this, her boyfriend, husband, son, brother, etc. is getting hurt. So she doesn't.

If this is a family member who actually gives two-cents worth about Jane's safety and security, why would he want her to feel helpless? He will argue that he's just trying to make it realistic for her, only he isn't. He is counting on her unwillingness to cause him pain and injury.

If Jane says fuck it to the social boundaries and executes an effective response to his attack there is retribution. Punishment. Sometimes it's physical - he hurts her back. If the relationship is personal or familial, the punishment may not be physical, it may be more like withdrawing affection or help around the house or cutting remarks.

Sometimes, sometimes this happens on the mat. A male training colleague will feel it's his duty to make sure his attacks are realistic so the girl gets a real experience .... or that's the story he tells himself to justify an opportunity for physical expressions of power and control over women. If Jane is effective here, the punishment is usually physical and is occasionally backed-up with cutting remarks to her and fellow to students about her. This is what happened to the woman in the forum. She posted her experience to the other women in the group and I don't like my reaction.

I just nodded and moved on. Kind of like I nod and move on when someone tells me we are out of milk at home because, well, so what else is new?  Happens all the time.

A couple of key points:

The guy on this script doubts. He doubts his own capacity for power so he adds to his power-bank account by dominating other people. He does this by playing on the specific social scripts of expected behavior among martial artists and/or connected relationship (the script being don't hurt or injure family/friends/colleagues in a polite demonstration) and leverages the script to gain power and control. The social script is the bait. It's a fantastic piece of bait because it blends right in to the environment. Like the fisherman's perfect lure or the hunter's deftly disguised trap, the bait distracts the prey from the hook hiding behind the natural environmental cues (social scripts).

This behavior matches two specific profiles. The process predator and the resource predator. Both use the standard social scripts in any given culture or tribe to their advantage for the purposes of power and control.

It doesn't meant that the boyfriend, brother, husband, colleague is categorically a process predator. We are all capable of this orientation. It means that in our current sociocultural milieu, there is still a hard glitch in a significant number of men when women express physical fierceness. Their human brain says of course I think women should be able to defend themselves their monkey brain snarls against everyone except me.

I don't know the woman who posted her experience in my friend's Facebook group. Don't have to. I have had any number of female students come to me and tell identical stories. So much so, that now when I teach women's only classes there is a specific script I use during the wrap-up. I explain that this hook will most likely get thrown at their feet by someone they know. And then we talk about how to handle it.

I won't wrap this up by saying it's sad we have to do this because saying it's sad decries the common nature of the experience and denies reality. This happens all the time. Women who train need to know  it for what it is - it's a hook. Bite down on the hook and he has permission now to justify his display of physical power and efforts at domination.

caveat: there are plenty of situations where this does NOT happen. When the male person asks to be shown what she's learning and he doesn't try to prove anything to her. Writing about how frequently the request is used as a hook is about like anything we write about; highlighting things that need to be highlighted so we can become part of the solution v. perpetuating the problem.