I'd rather poke a Jaguar 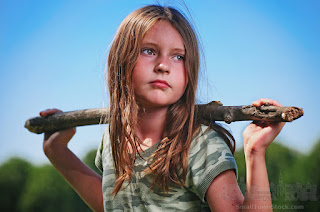 Finishing is hard. We say starting new things is hard – our monkey brains resist anything that destabilizes the norm. New is unpredictable because, well, it is new. New means the unknown. This is why we say the monkey resists change. Fears it. Change is the ultimate in risk because unlike staring down the hungry lion equipped only with a spear, change is not nearly so defined.

Change is staring down the hungry invisible ghost armed only with your spear. Given the choice, the monkey will prefer the lion. At least the lion is capable of being studied and that study capable of producing predictable patterns.


There is another place we fear. A different kind of unpredictable. The finish line. Spend a significant amount of time navigating the waters of change and risk and unpredictable possibilities and that becomes the comfort zone. It’s possible that is not true for everyone. Possible even that it is some form of adaptation that sounds a little off.

It is what I find comfortable. It is an uncomfortable comfort. Waking up facing unscripted possibility on a frequent basis is weary-making sometimes. It can get annoying and I can be known to say things like “I’m all done with X”. When X is the murky unpredictability of uncharted water. But being honest, All Done usually translates into just dropping anchor for a while to get my bearings.

So the finish line creates its own monkey struggle. If the uncharted oceans are where you –me – feel comfortably uncomfortable, finishing means the chart is complete. We now have sailed the expanse of these oceans, we have charted the shoals and the where the winds are variable and the deepest channels.

The monkey asks now what? When change isn’t the Threat in the common expression, when the change is evidenced by all the uncharted space becoming known, there is a risk we might go looking for big cats to poke with a stick. Just to see.

The challenge – the discipline – is to let the stick lay. To leave it be and to finish charting the territory.


…I’d rather poke the jaguar.*
A few years ago there was a viral video of a game keeper relocating a Jaguar. *The cat wouldn’t get out of the carrier in the new location so the game keeper prodded it with a stick through the opening of the carrier. It worked. The cat was not amused. It bolted from the carrier and in a flash turned on the game keeper. In our house, it became a meme “don’t poke a Jaguar with a stick”.  I never said I was the sharpest crayon in the box…