re-languaging the aftermath of rape 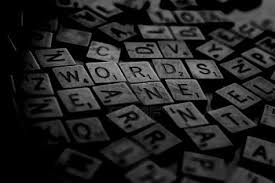 Words are just symbols. They aren't the thing or the experience, they are just the conduit to pass the thing, knowledge, experience to another person for whatever reason it needs to become a shared context.

Still, words have a power of their own. In prayers, incantations, exhortations - there's a power in the words.

I have seen a lot of conversations over the past few months and once in a while, the conversation evolves into a discussion of what the actual words really mean - the words being addressed in the conversation.

One of these conversations was about rape culture. As in, is there really one...

Not going to touch that one, not at the moment.

Instead it got me thinking about the words-symbols used to identify someone who has experienced sexual violence. Victim. Survivor.

Victim - simple word. Victim of murder. We know what happened. If you're the victim of murder someone murdered you. Victim of poisoning. Someone slipped a little Nightshade into your after-dinner drink. Weirdly enough, applying the simple word "victim" to people who have experienced sexual violence is no longer simple.

Victim as a term is used in the legal system to identify who did what to whom-or was done to whom.

And in comes Survivor. This is supposed to be better. It has a tribute connotation to it. Respect-like...ish...sort of.

the ellipses is/are important. They mean there's more to the story and the interpretations here get tangled in trauma, ego, blame, guilt, fear, wounds and scars. Hmmm, that sounds like fun...(sarcasm fully implied).

If we have a rape culture (and I don't like that phrase) - we have helped it along into existence by the way we symbolize it in our words.

There's enough depth to the impact of sexual violence on the Target, there's zero need to add fuel to the fire. Target is cold, accurate, descriptive. Maybe even neutral. Maybe - a word that can hold it's inert state for more than a nanosecond.

Victim and Survivor aren't good or bad as words. It's what we are doing with those words that might be problematic. And I do mean "might" because I am not the end-all authority on this. As good a chance I'm wrong.

For now, I find Target to be useful.